Behind the Mic: Chuck Matthews 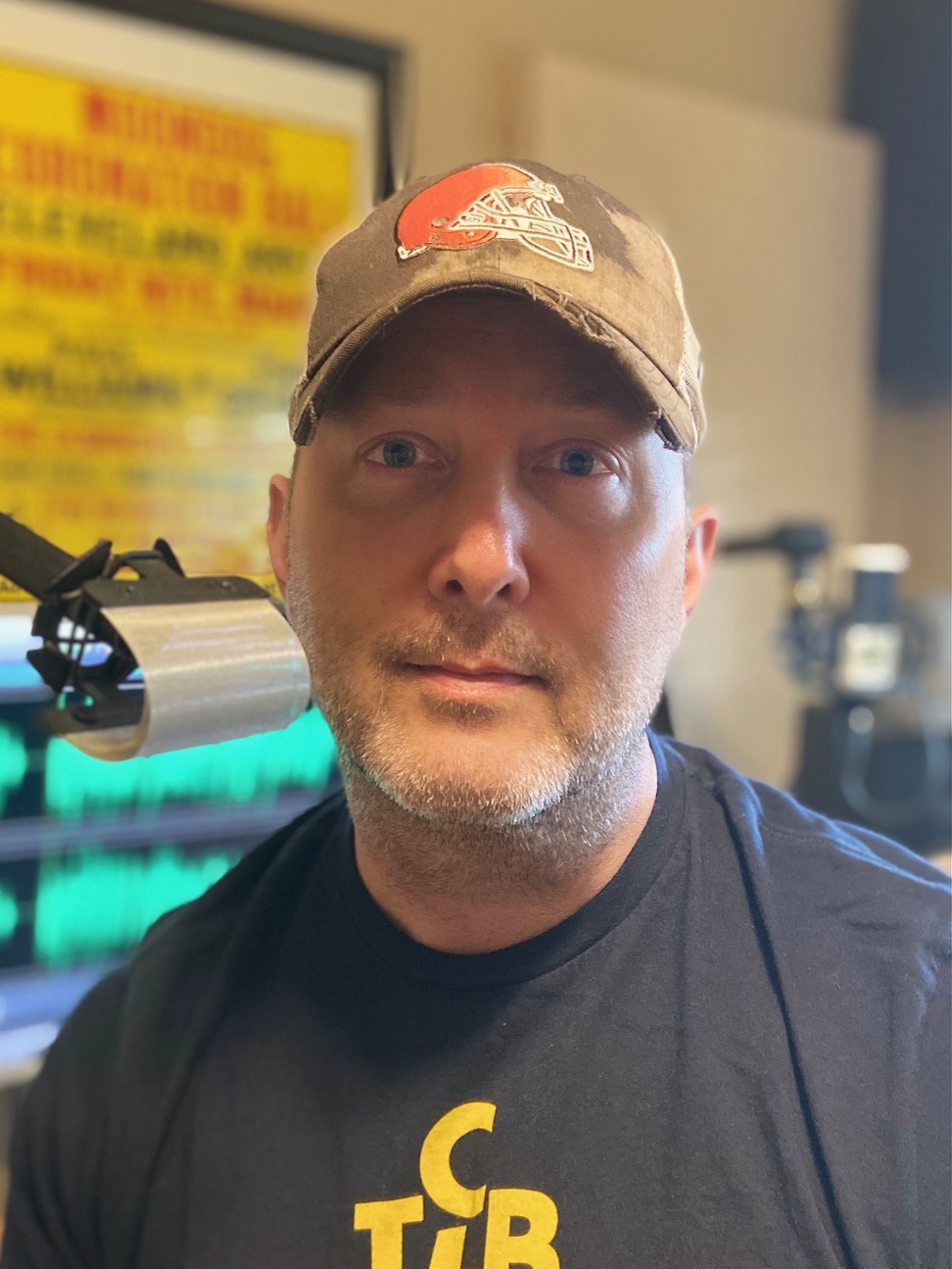 It’s been said Chuck’s got a voice that could scare small children (actually said at a workshop by a PBS director). Must be the Marine Corps background. Big, edgy, manly, “voice of god”, gravitas, powerful, yet can also be fun, sincere, and warm. Chuck started in radio in the early 90s and has been an Imaging Director, Production Director, Program Director and air talent. He joined Benztown in 2009, one of the first ten signed, and has put his imaging chops to work as Benz’s first Classic Hits Imaging Director. Oh, and he’s a staunch Cleveland Browns fan. WOOF!

I also host a 3 hour nationally syndicated classic hits radio show, Greatest Hits USA. In the late 90s I hosted and produced a similar type of show for then Primestar Satellite now DirecTV.

Don’t have to wear pants. Seriously. But, I do. Well, shorts mostly. And flip flops. Ok, really serious now. My day is never the same, flexible schedule. Some days are long, others not so much. Can be a narration one day, industrial the next, radio station copy for different formats everyday. It ebbs and flows.

In a word, radio. Most (not all) of those in the business are from radio. If I recall correctly, my first taste of freelance work came in when working for WMJI/WMMS Cleveland in the 90s. Getting paid for a spot that went “out of house”. Whoa! I can make extra money doing VO? Sign me up!

First VO gig? Honestly, I don’t remember. Like most who started in radio, I voiced A LOT of spots. Most memorable is the VO I did for Super Bowl LI. I voiced the Pepsi Halftime Show Countdown – literally just 10sec  – then threw it to Tony Bennet who then intro’d Lady Gaga. I actually missed it, was getting a refill on nachos, but apparently others didn’t as my phone was blowing up the rest of the game.

Such a vast list . . .first and foremost Mitch Todd, my boss at WMJI/WMMS . . . we all tried to emulate the “Mitch read”. . . quiet volume which sounded big when processed. Then, Ernie Anderson (who in the early 60s worked on air in CLE as “Ghoulardi”), John B. Wells, Brian James, and probably the most important, in many aspects, is Jeff Laurence. Especially in regards to the business of voiceover. And, he’s responsible for me spending A LOT of money on gear, lol! Seriously though Jeff is the best. Another mentor to mention is Chad Erickson. 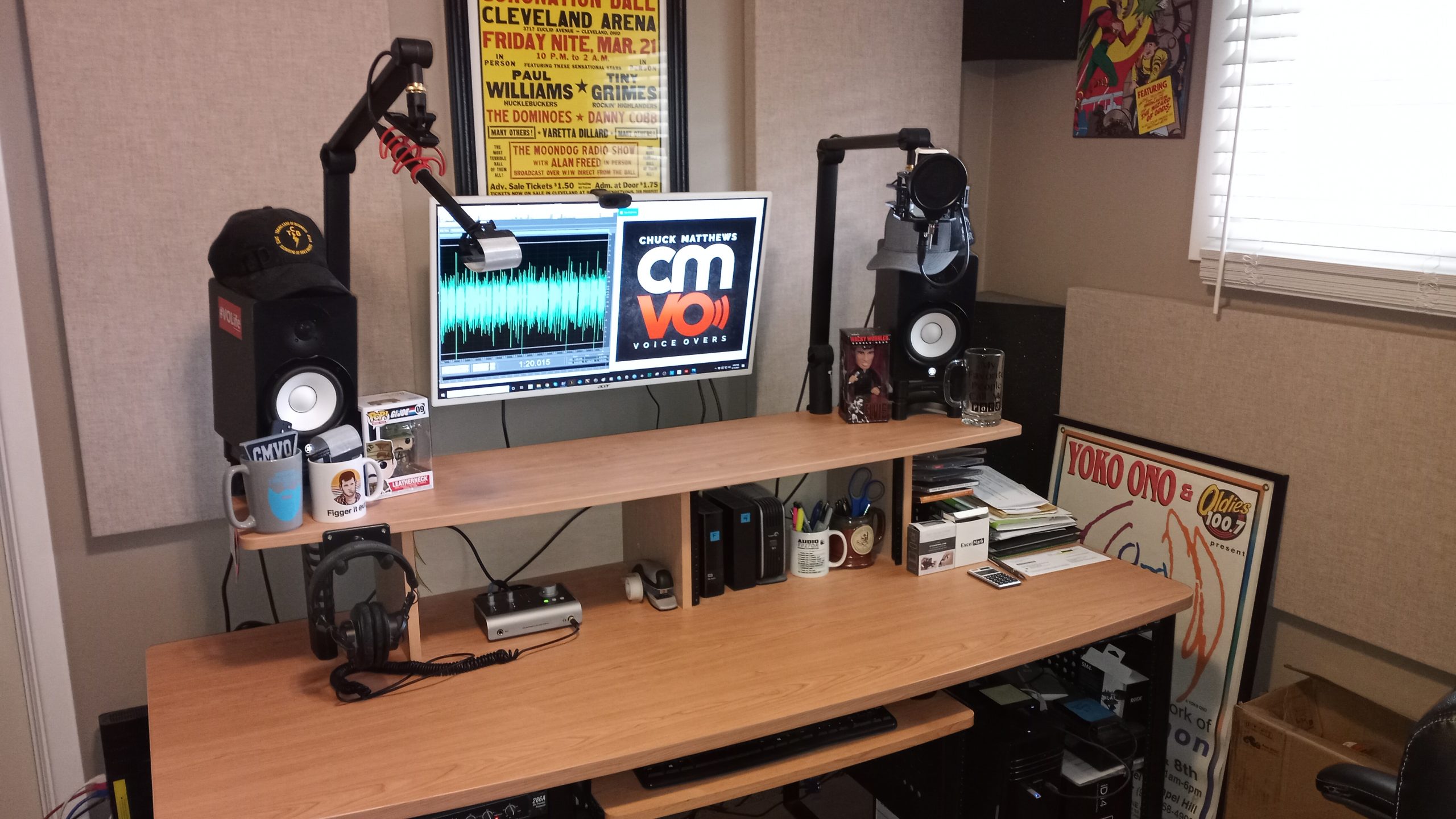 If I had my way I’d have played linebacker in the NFL. Originally I went to college for sports medicine so maybe something in that field, like a trainer. My cousin is actually a strength coach for the Washington Football team.

I cringed. My voice sounded like it had been pitched up four octaves. I still have a hard time hearing it. I’m very critical of myself. I’ve always been that way going back to playing sports.

I came up in the business cutting tape with a razor blade and producing spots before plugins existed. Just had a UREI 1176 and Compellor for processing. So I’ve seen tech move at a pretty rapid speed. While I can do things faster, and more efficiently, what hasn’t changed is the quality of the craft.

Home studio: MKH 416, Audient 14, Neumann KMR81i, Lewitt 240 (for long form), Avalon M5, Cranbourne 500, Lindell EQ, Vorsis M1, UREI 1176 blackface (outboard). I also have Source Connect and ipDTL for directed sessions. I tried the Apollo, loved it, but I’m a Windows user and it doesn’t work if you’re wanting to use ipDTL, Source Connect, and other like codecs. Once UA fixes that issue I’ll get an Apollo tomorrow. 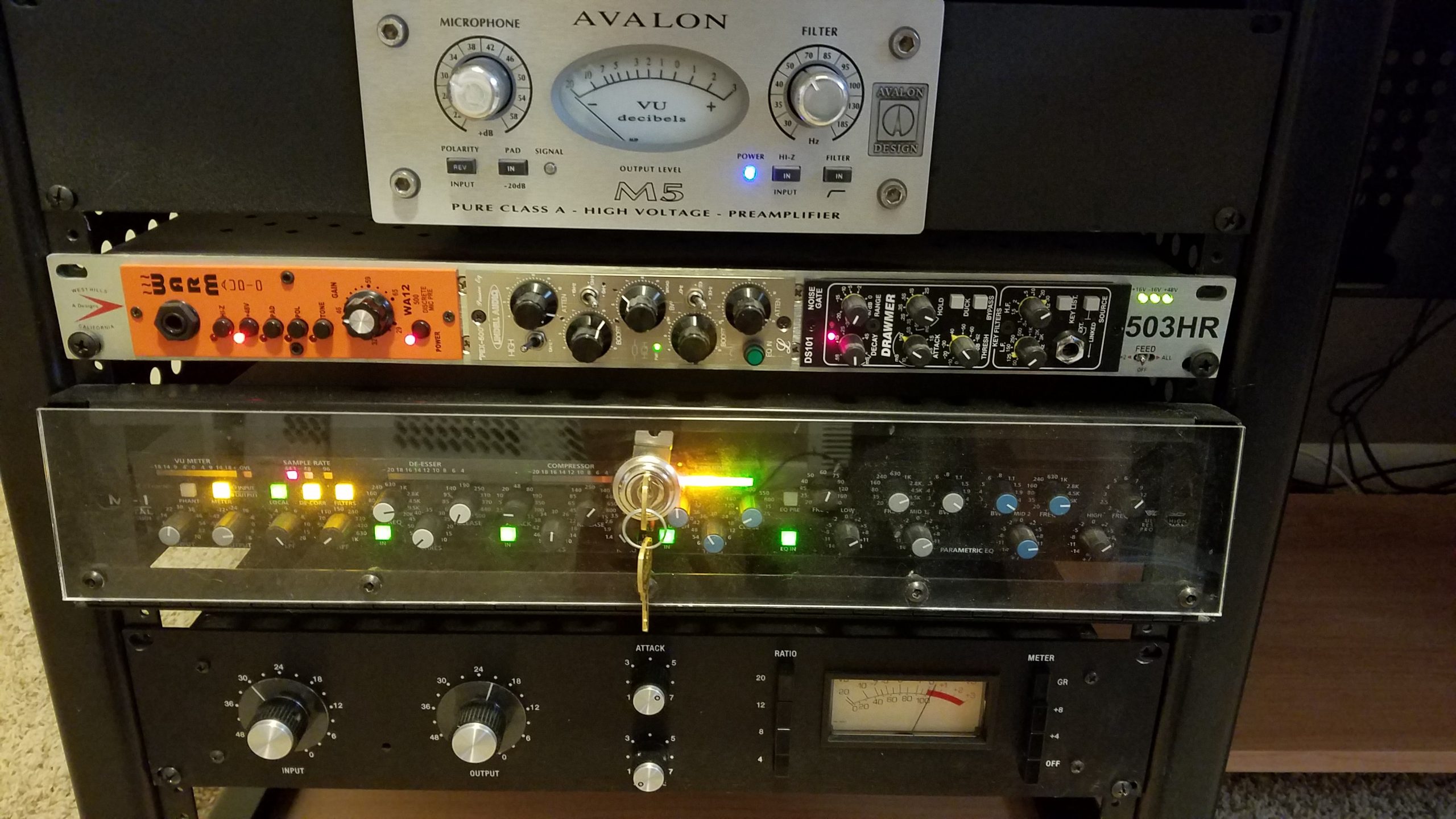 Here’s a little treat for all your gearheads out there!

DAW of choice is Adobe Audition. Depending on the project, I’ll also produce with Vegas 15. My favorite plugins are Sony Dynamics, Wave Hammer, Waves L3, C1, SSL, and REQ6.

I’ve had many. Highly recommended. I wish I’d started with a coach sooner than I did. So many nuances for every genre of VO.

First come, first served. Just easier to manage. That said, if I get something, say for a rock client, and it’s the end of the day when my voice is tired and raspy, and they don’t need it back until the next day, I’ll cut the following morning when my voice has more resonance.

Email marketing with databases I purchase and social media.

Each is very different. Radio imaging has more “push”, attitude, “sell”, same for most radio spots. TV affiliates work close to radio. TV commercials are at a much lower volume, pulled back, the VO doesn’t carry the TV spot like with radio. TV has images, the VO is there to complement. Of course like any project it’s what the director/client wants. Sometimes can be a 180.

Listen. Learn. Don’t be afraid to fail. Additionally, find a mentor or two, network, coaching. Go to a talent site like Benztown, Atlas, or CESD. Listen to the demos. That’s what’s booking. 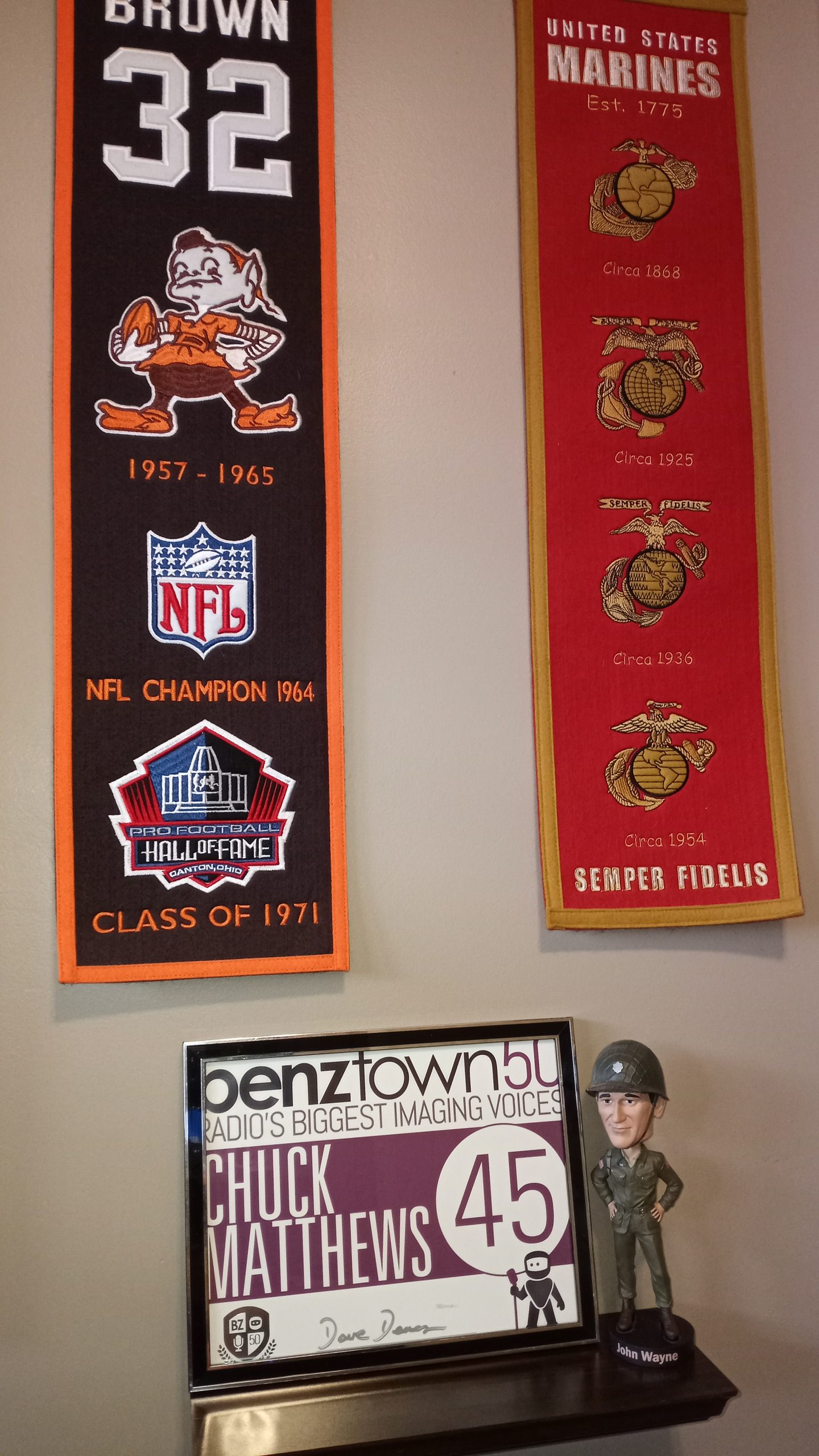 If this doesn’t scream CHUCK MATTHEWS to you, then you don’t know Chuck.

If you could go back in time and hangout in any decade, which one would you go back to and why?

Elvis Presley. I’m a HUGE fan. He’s the single greatest entertainer of the 20th century. Still holds the record for most US #1 hits by a single entertainer. Has more UK #1s than The Beatles. Even Robert Plant is a big Elvis fan.

ANDY’S FIVER FRIDAY #282 - Benztown 50 Awards!! Outstanding Imaging from Malaysia and a small goodie for the Germans ;)