Behind the Mic: Eric Gordon 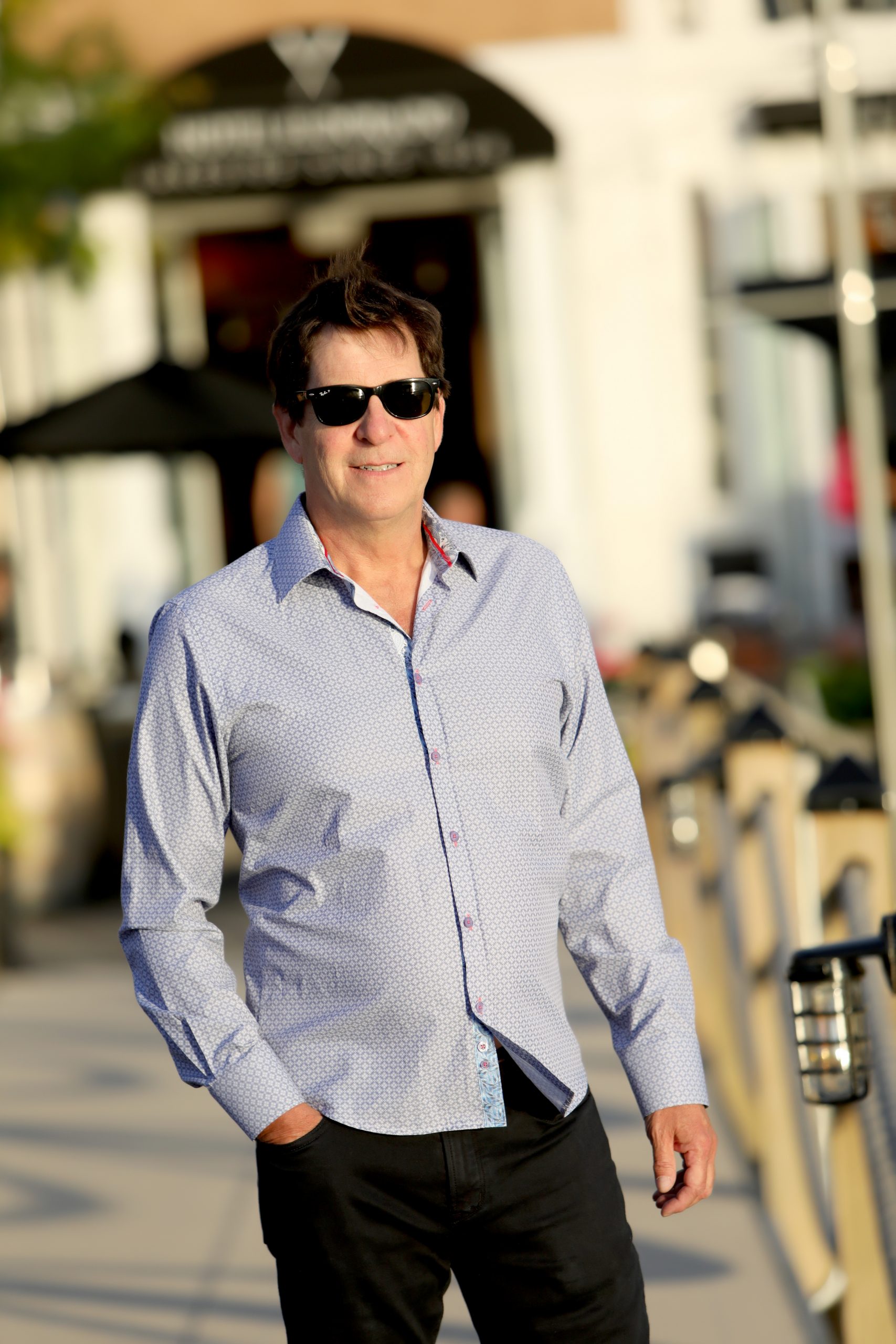 Eric Gordon grew up being a big fan of local radio and wanted to be a radio personality. He ended up being on-air at lots of stations here and there. Now Eric’s lucky to be chosen as the voice of radio stations. He’s been heard around the world as the voice for CNN’s International Network. Eric works daily for television and radio clients. During his spare time, Eric can be found recreating in the mountains.

My first real radio station was CKPR in Thunder Bay. My first network was CNN’s Headline News. First TV station was WGN in Chicago. All clients are memorable. A major point occurred when I was reading commercials at Soundtrack Studio in Boston and a creative service director from NBC Boston asked me to read some promos because the voice guy was under the weather. That lead to many jobs in Television and Radio and jumpstarted my full-time VO career. I also learned to ask for lots of favors and referrals. 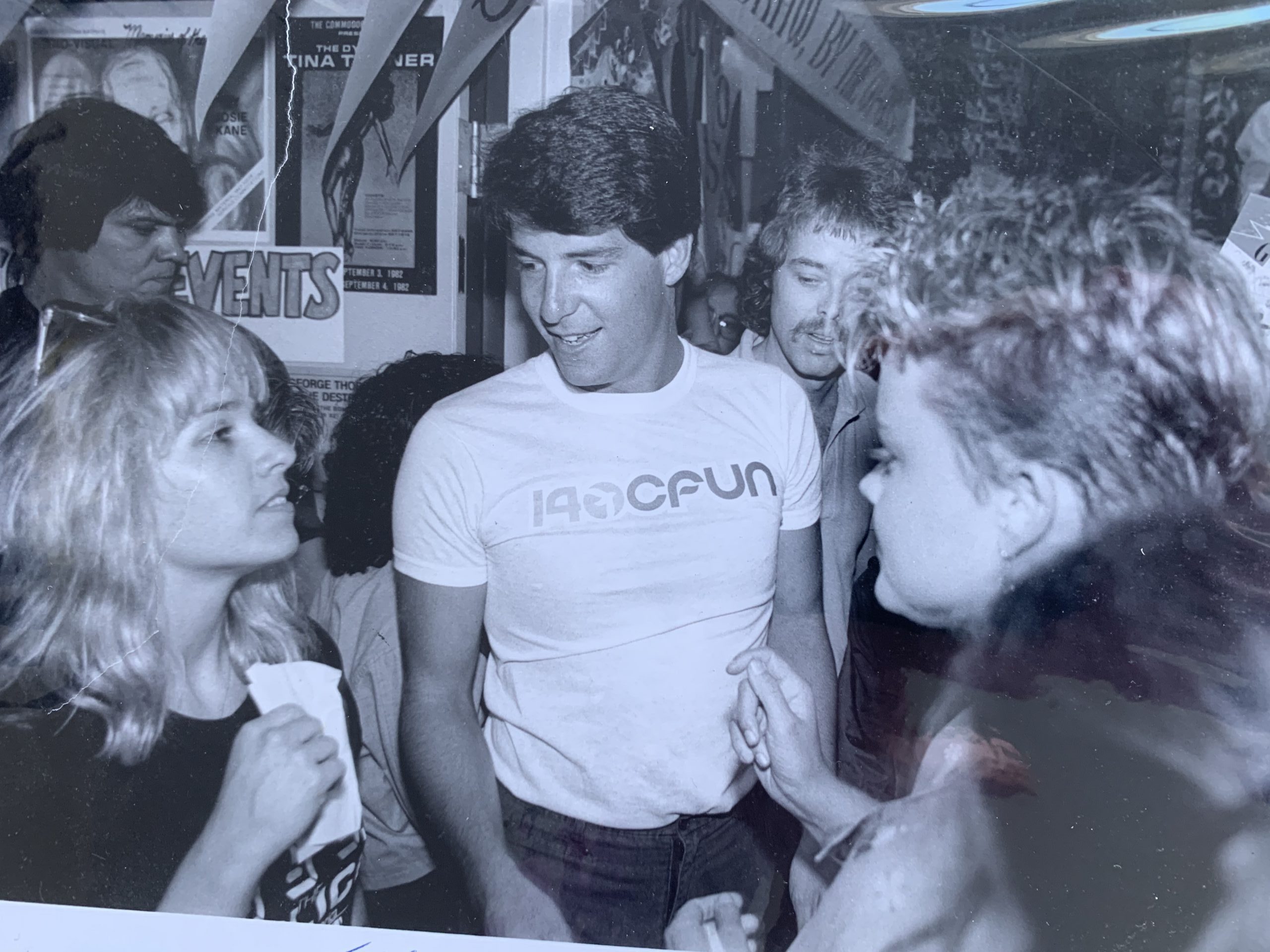 with the Go-Go’s and Belinda Carlisle!

Well, that’s pretty cool. Hope they hire me again! Which is actually what I say every time! And always show gratitude. 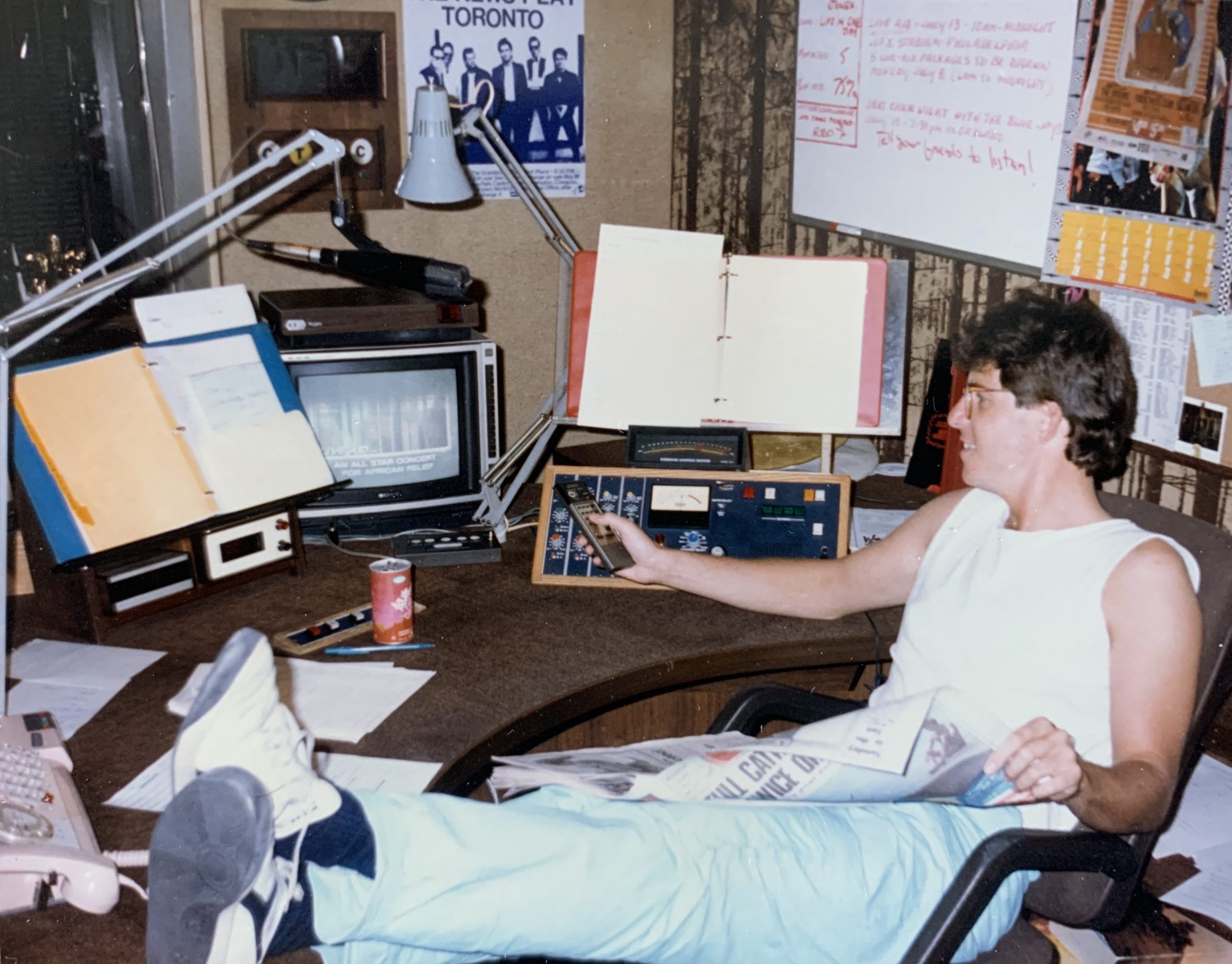 Eric on the air! The best part about radio? No sleeves required!

Quite a bit…from the days of sending out tape via FedEx to all the wonderful methods of today. Although at one time I was able to manage my clients and now they manage me! We used to have many limitations (number of sessions) and specific times for turnaround. Now it’s all NOW.

Shout out to engineer Palmer Pattison in Salt Lake City and my man George Whittam in Los Angeles. On the road I use USB pre, 416, and other smaller mics. FTP Transfers, IPDTL/ISDN, ISO VOX booths, and Tri Booth (designed by the one and only Rick Wasserman). In the studio I use Neumann, Peluso, and Sennheiser mics. Source Connect, Telos Zip One, IPDTL/ISDN. PCs and Macs on board. Tascam, Yamaha, and Mackie Consoles.

I don’t do any production. I’ve enjoyed using Sound Forge for recording audio plus some plugins designed by my engineers.

Yes. I’ve been lucky to work with a number of great coaches including Marice Tobias, David Lyerly, Dave Walsh, and Richard Redfield. 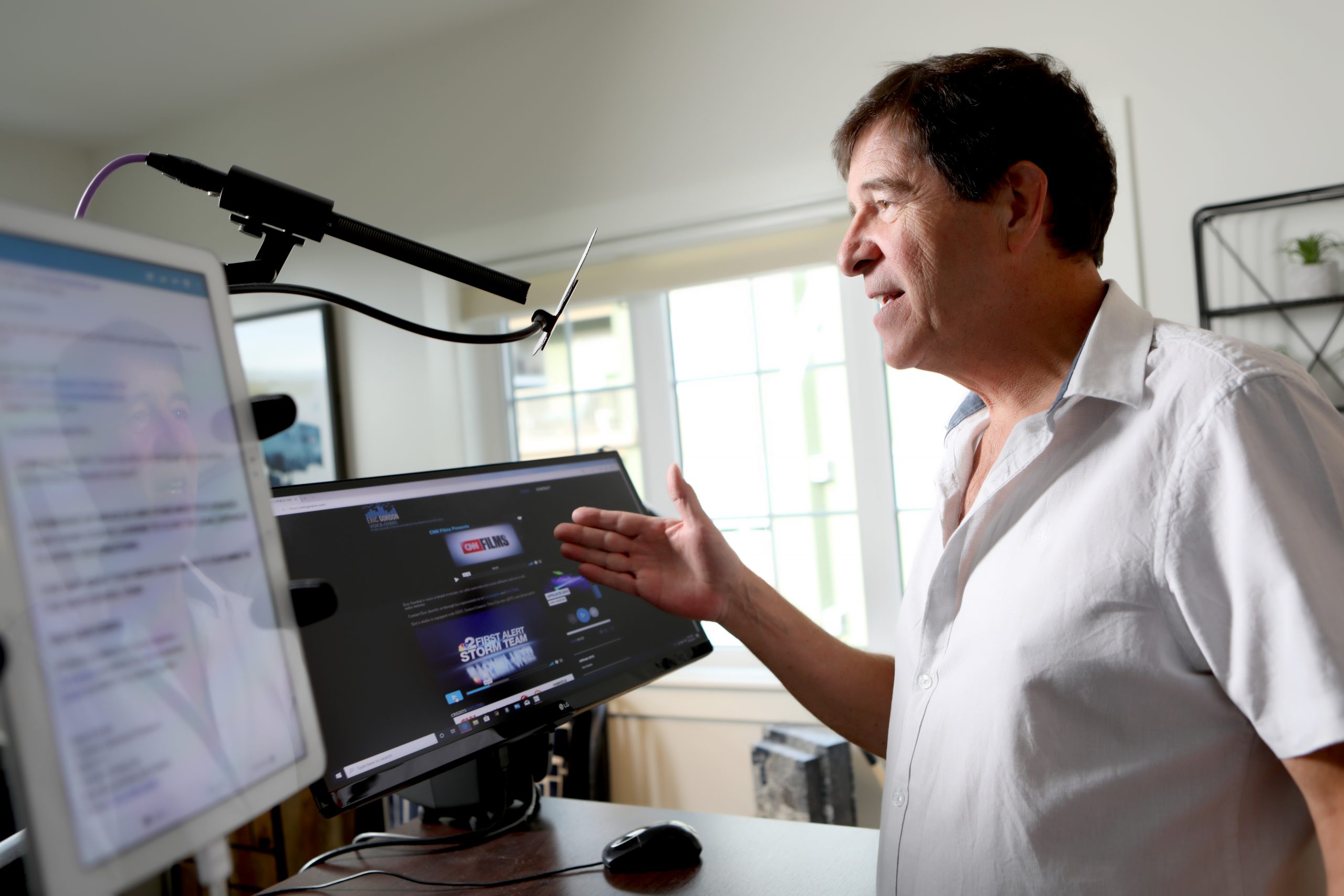 Current work is always number one. Clients don’t like waiting. I try to do it as it comes in to stay on top of the day. Never more than a two-hour turnaround. I love auditions and like to spend 30 minutes or longer if time allows per audition. I normally send dry voice and have been known to have liners produced for audition purposes.

I email contacts to stay in touch and use Linkedin and agents for new opportunities. Most important is word of mouth which means always doing the best job possible. You don’t want bad word of mouth. That’s not a good thing!

Spending top dollar for top equipment that can stand the test of time. Doing work as it arrives. Trying to stay within specific studio hours. Let all clients know how long in the day they can expect same-day turnaround.

What is the best voice processing trick or voice-over technique everyone should know?

Talking to a real person. Studying the station’s approach carefully. Working closely with PD’s and marketing staff to really know what they want and who the target audience is.

Yes. A different approach to all media. Once again, creating what the buyer really wants and expects.

1. Be very persistent. Develop contacts over time so when they need a voice they think of you. 2. Make sure your tech is top-notch in regards to sound. 3. Network with established performers for ideas and game plans. Most people are happy to pick up the phone and help (at least once!) or email.

The 60s. Looks like a very interesting era. They had lots of challenges and a ton of fun. Or the roaring 20s. Happiness and class.

David Letterman. I followed him into the green room once at 30 rock when there was apparently less security. Now I’d like to talk about the rest of life.

Eric Gordon is represented by Atlas and available for barter through Benztown.