Behind the Mic: Jim Merkel 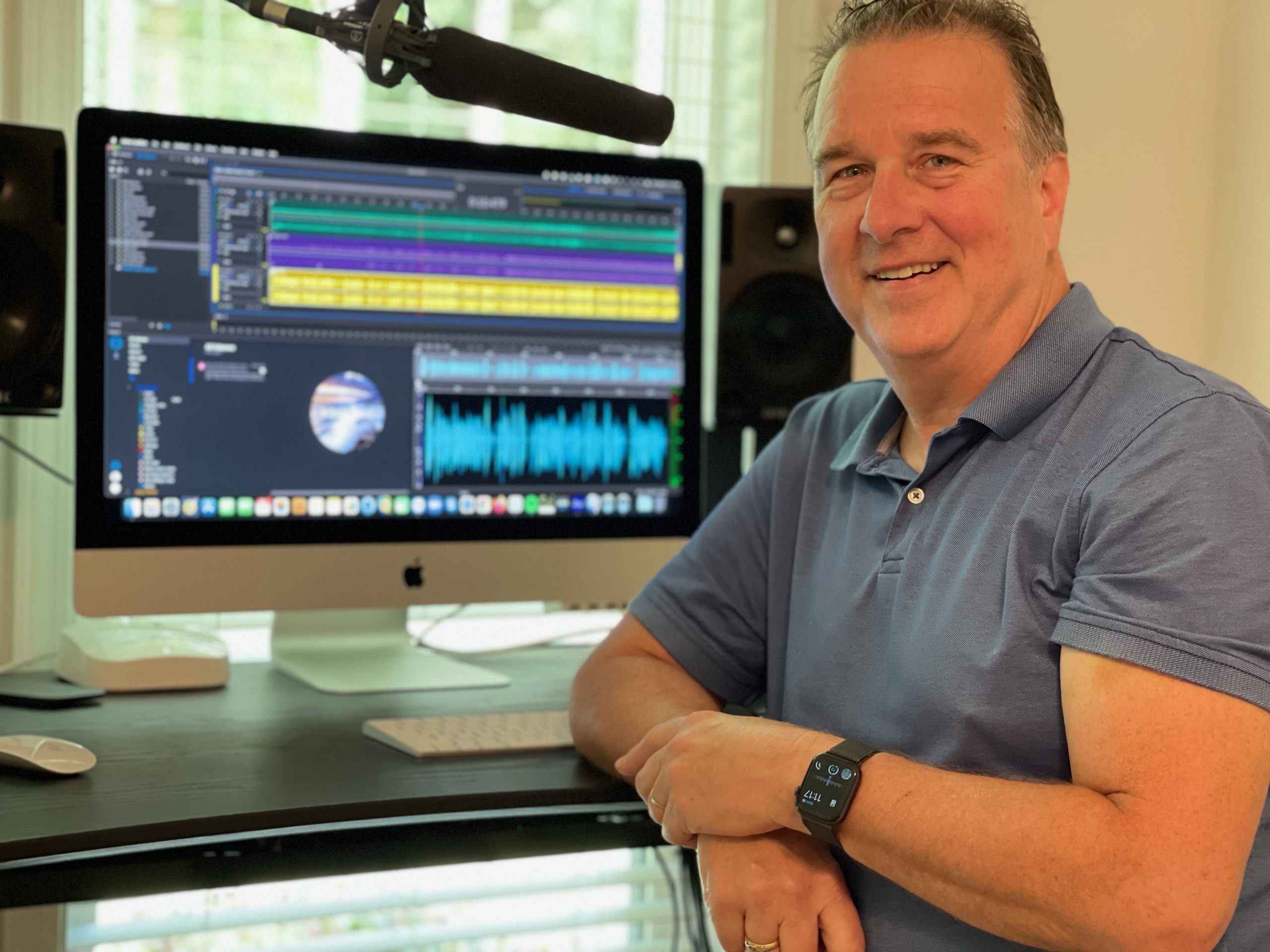 Jim Merkel has voiced nearly 500 radio stations over his career. His work has been on NBC, CBS, as well as HBO Asia. Jim is also one of the voices for the Cartoon Network and brands professional sports teams like the Pittsburgh Penguins, Minnesota Timberwolves, Montreal Canadians, and Ottawa Senators. From TV shows on the Discovery Channel to Star Wars park openings at Disney, as well as a wide range of commercial and corporate customers, clients come to Jim when they’re interested in an excellent customer experience with their imaging and branding.

Jim has a range of emotions and interpretations for all of his radio clients, from N/T to Rock to Country. He has been awarded Benztown’s top 50 biggest radio imaging voices every year since its inception in 2014.

I started radio at a 500 watt AM station back in ‘78 above a tire shop in Ambridge PA, where every morning around 8 am you could hear the air wrenches on the air. I eventually wound up doing mornings at 3WS radio in Pittsburgh.

Around 1991, two of my dear friends who were radio consultants for 3WS (Jack Fitzgerald and Terry Patrick) asked me if I would voice a station going on the air in Colorado Springs. I agreed, loved it, and the phone wouldn’t stop ringing from that point on. There were not as many voiceover artists back then so the field was wide open. Just a small ad in the back of R&R was enough to build a voiceover empire those days. I think I spent over 35k for my first studio, complete with Otari reel to reel tape decks with patch bays. This was before FedEx, and I remember putting those high torque reels on commercial flights going to the markets I imaged.

Today for under $5,000 you can have a fantastic set up, which a lot of “reduction in force” talent has done the last dozen years or so. Plus, the work at home appetite has never been stronger, so starting out today is a much greater challenge.

The game-changer for me has been the Apollo Twin when I’m on the road or Apollo X6 rackmount in my studio. I can have cutting-edge high-end processing for a plug-in price. I added up the three plug-ins I use in my audio chain (API channel strip, Manley Voxbox, and LA-2A) and it would cost over 10K, plus take up a lot of rack space.

Now when I go on the road, I just search for a closet, put some clothes in it with a small table, and put my MacBook, MKH 416 microphone, and Apollo Twin on it. It sounds identical to my home studio. I remember once I did a project for Disney when I was on a cruise ship that was urgent, and I recorded what was needed from my stateroom, bought an internet package on the ship, and uploaded it to the cloud for their retrieval. I’m in the middle of the Atlantic Ocean for goodness sake! It’s insane the functionality we now have. 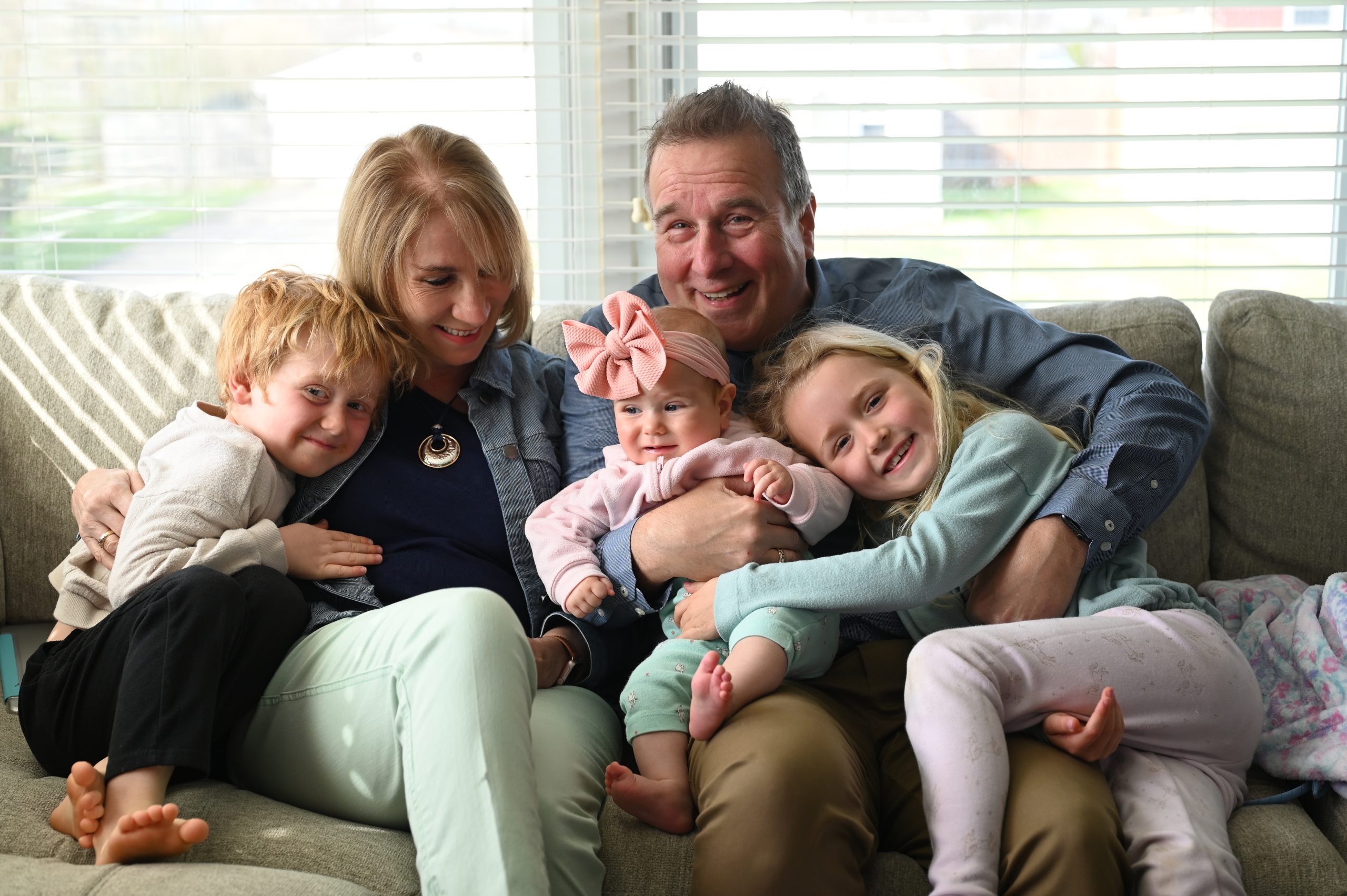 With easy at-home recording made possible, Jim has more time

to spend with his wife and their grandkids!

I have attended some seminars with Maurice Tobias along with other voice coaches and I must say, there is much to be learned! Coming from an on-air position and doing thousands of spots the “radio way” I had to “unlearn” a lot of that and develop a different style. You need to back up from the script and understand a bigger picture of what you are communicating. A voice coach has tricks and tips to help you understand the nuances of a script and how to extract better reads. Unless you are Morgan Freeman or James Earl Jones, then anybody would benefit from a voice coach.

If I had to guess how many times I’ve said “it’s the 9 am commercial-free music hour” or “your chance to win is just minutes away” I would have to say thousands of times. Yes, lines have been recycled and yes the same lines from the 80s still exist today, but they need an authentic passionate delivery. Especially those tried and true lines, since they are evergreen and are on the station way more than the jocks are.

Secondly, know the product and the PD behind it. You don’t work for a set of call letters, you work for the program director or production director that hired you.  They view you as a weapon like a Swiss army knife, and they are doing a dozen different jobs. Get into their heads, what do they like, ask them to send you some finished work so you can see how they are putting it together. That’s how you can get the “vibe” of the station. I’ll routinely go online to listen to my stations when I’m not voicing to keep up with the feel of the station. Before you record new liners, play back the old liners just to help as a reference (like mouthwash, to get the taste of the last station out of your head and mouth).

And finally, spread out to new avenues. Radio can be a wonderful revenue stream for you, but it’s not in growth mode. Explore the other online platforms to audition for outside radio work. That kind of exposure can land you a fantastic steady client. Remember, there are over half a million voiceover people out there, each wanting what you want, so you need to be unique. Something that makes you stand out from all the other tired wallpaper out there. Also, hydrate like crazy. There is no such thing as drinking too much water behind the mic. 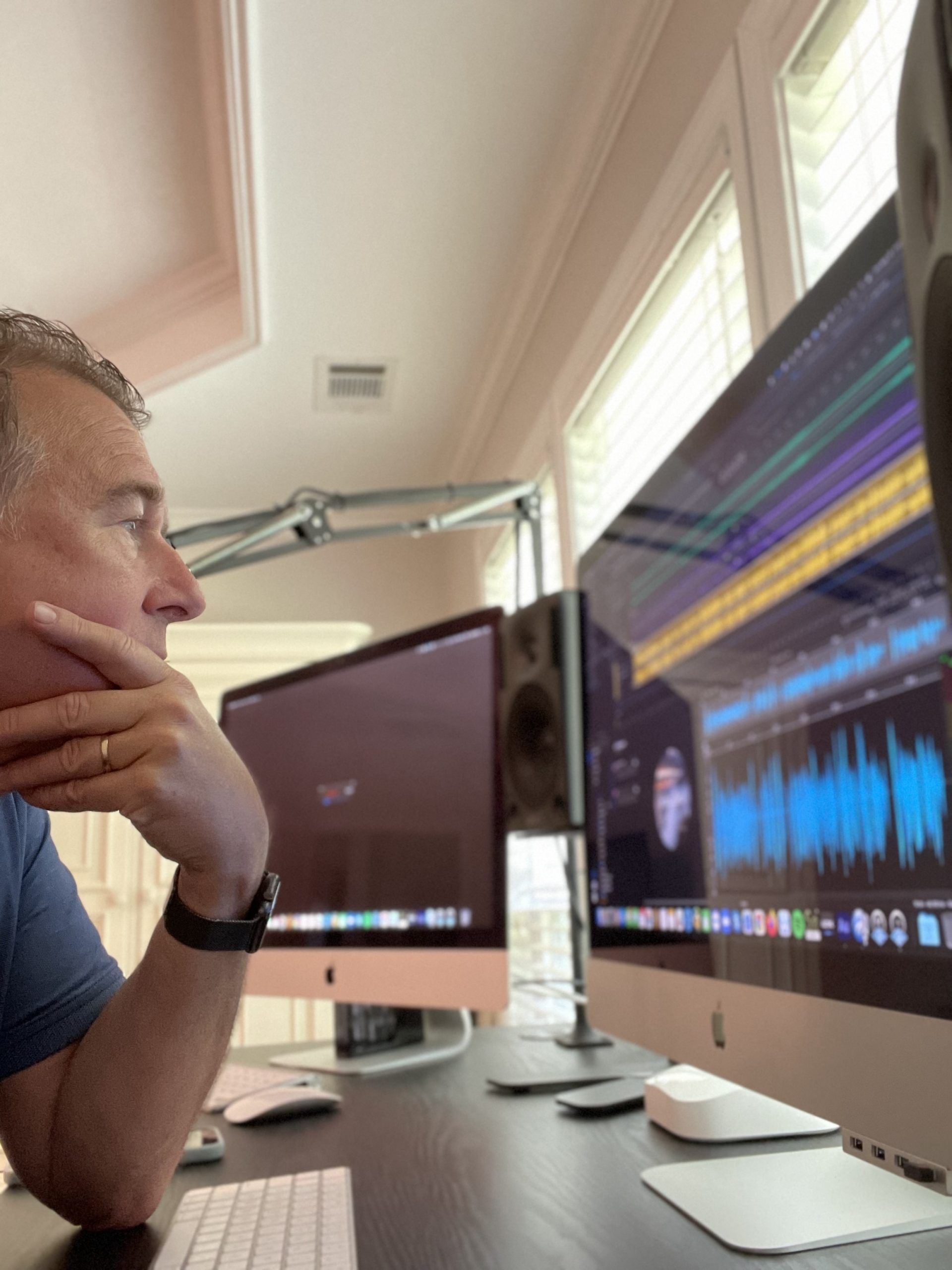 he puts A LOT of thought into everything he voices!

Do you have any voiceover heroes?

Oh sure, back in the day. Guys like Danny Dark, Ernie Anderson, Charlie Van Dyke, etc. But I’m really dating myself now. I mean, who wouldn’t like hearing Ernie Anderson doing the Z-100 NY legal ID again. The guy was 98 pounds soaking wet, but man what a set of pipes!

Like I said earlier, the one thing radio has done is repackage a lot of stuff that has been out there for years. All the adjectives have been used a million times. It’s the separation between the spots and the station identity that has to be dramatic. Commercials are a tune-out, but the station voice can’t be. It’s imperative to develop an authentic signature style that sells the benefits of the station in just a few short seconds. It’s got to have a feel and passion that the PD is looking for. Ratings drive revenue and the voiceover person is one of the most important pieces of that puzzle.