Find Out How the Rest of the World Live or,…

Mike Santos: Imaging Assasin , Blog Writer, Creative Director for Entercom Denver, Guest Author, Voice Over talent and one of my best friends in the Imaging business hung out in Oz for a few weeks. Like me, Mike is a big fan of ozzi radio and while he was there he was meeting the Imaging Legends from Down Under – Matt Nikolic. Boz and Michael Sideshow and chilled in their studios, talked about Imaging and Radio, drank beer and….Here is his report! Read Mike’s fascinating Ozzi Experience and check the pics.Everyone knows that radio people don’t really get vacation. Yes, we take a few days off here and there, take a short trip out of town, or maybe just stay home and be lazy. But to actually set aside an extended period of time where you’re completely offline is a novelty for us. So when we do it, we definitely try to make the most of it.

I recently got back from a 2 week holiday in Australia; Sydney and Melbourne specifically. It was something that had been planned for a few months and the timing couldn’t have been better because by the time July came along, I was pretty burnt out production wise. I wasn’t too impressed with my work and I was having difficulty coming up with new ideas. I was in a rut. So needless to say, as the countdown to my vacation got shorter, I was ready to get out of Denver for a while.

I couldn’t have asked for a better holiday. My parents come down from Macau, I got to see a few friends from high school (I went to high school in Indonesia btw) and I didn’t check my work email. I saw the opera house, the bridge, Darling Harbour, spent a few days in Melbourne, watched the State of Origins (awesome!), checked out a Lego art exhibit, and even went to the beach once or twice. It was truly just what the doctored ordered and a trip I’ll never forget. So what more could I ask for?  What’s left for me to do? Check out the radio stations of course…duh!

I had been emailing back and forth with David Konsky at 2dayFM over the past year and when I mentioned that I was going to be in town, he asked if I wanted to drop by 2dayFM for a tour.  Of course I said yes, but I don’t think anything could have prepared me for what I was walking into.

2dayFM, and Austereo in general, is set up like nothing I’ve ever seen. Generally, here in the states, each station has 1 on-air studio that everyone works in. 2dayFM has two. So when Kyle and Jackie O are still on the air in studio 1, middays is prepping in studio 2 and when Kyle and Jackie are finished, they switch over to studio 2 and that continues through the afternoon and night. I had to take pictures of this setup because like I said, it’s like nothing I’ve ever seen before. Of course, once you get inside the air studios, it’s just like any other radio station (EV mics, Klotz System, etc), but I remember sitting in the prod studio with Dave Bozykowski (one of Kyle and Jackie’s imaging guys…they have 2!) and just staring at the studio floor. Clearly whoever designed it knew what they were doing and, like I said, this isn’t just reserved for 2day. Triple M/Sydney is set up the same way, as are the new Austereo studios in Melbourne. When it came to the production stuff, it was clear that they didn’t skimp on that either. Pro Tools HD systems, awesome plugs, and sennheiser 416s in every studio I looked in…a lot of the stuff we have to fight and argue for stateside, they have. It’s nice to see them put as much value into their imaging and production value as they do the music and airstaff.

While checking out the studios was awesome, I was really more interested in meeting the people behind the sound. Spending time chatting with Boz and Sidey in Sydney and flying down to meet Matt Nikolic in Melbourne was awesome (I’m still pissed I missed our meeting Konsk! My bad!). I’ve admired the work that these guys have been putting out for a while and to be able sit with them for bit and talk radio was great. Talking about the difference and similarities between US and Australian radio and just listening/learning about how they went about things out there was definitely eye opening. If you haven’t had the chance to stream Australian radio before, imaging-wise, it reminds me a lot of how stateside radio imaging was 6 or 7 years ago. And I don’t mean that in a bad way.  In fact it’s just the opposite.  Everything was massive, with the intent of shaking or blowing out your speakers.  I remember Dave Foxx at Z100 did an interview once where he said that when he produced, his intent was to reach out of the speakers, grab you and shake you.  That’s kind of the feel I get when I listen to radio in Australia. It’s still big, it still shakes, and from a producer’s point of view, technically awesome! In today’s PPM world, I feel like we’ve moved away from that. Less is more has made its way into the imaging side and has taken some of the creativity away.

Like I mentioned before, I was quite burnt out at work before I left and talking with these guys really reinvigorated me to get back to work. I came back with a fresh perspective and a lot of new ideas that I will be attempting to incorporate into Alice 1059 as we start to change our sound. They’re all great guys and I can’t thank them enough for taking time out of their busy schedules to chat with me.

So what can you get out of reading this?

Well, aside from the fact that Australia is awesome and everyone should go, if you have the means and the time, next time you’re traveling, get in touch with the radio people out there. See if you can pop in for 5, 10, 20 minutes just to chat. You’ll never know what you’ll bring back with you. Whether it’s a new appreciation for your job, a few new ideas, or a few new friends on the Facebook. Definitely make the effort to reach out and I guarantee you’ll be feeling the effects of it long after your holiday is finished.

I wanna take a minute and give a huge shoutout to Boz, Sidey, and Matt for letting me invade their space for a bit and of course to Konsky for setting it all up. Oh, and Nic Kelly – sorry we couldn’t meet up while I was out there man…but don’t worry…I’ll be back soon and I owe you a coffee!

Oh by the way, I didn’t find this out till I was leaving, but apparently Lady Gaga was staying at my hotel prior to her show in Sydney.  Did I see her?  No. Did any of the hundreds of people standing outside my hotel see her?  No. At least I’m not the only one that lost out…hahaha. 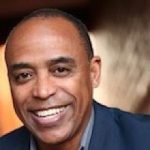 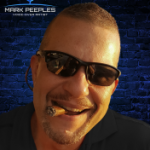 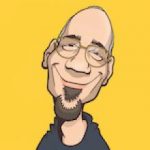