Hands on Reaper – A competitor to Pro Tools?

As Pro Tools veterans since years, we know and love our Pro Tools. In my mind, Pro Tools is still the most effective DAW out there. But the competitors don’t sleep. Everyone wants to create the most powerful DAW and more and more different softwares are active on the market. Adobe Audition, Sony Vegas, Sonar, Cubase, Logic, just to name a few. Of course, every company says that they have the best product, but let’s be honest, who has the time to test them all?

Gavan Bruderer had enough time to test them and now he’s sharing his experience with his favorite DAW – Reaper. As Imaging guy and VO talent (remember his Michael Jackson piece on the blog?), he knows what a good DAW needs to meet our high demands. Listen to Gavan’s demo, fully created with Reaper.

Interested? Then check out his article and the screenshots.

As a young producer, I have always been fascinated with different types of audio software. I have used EVERYTHING, and have become familiar with almost all of the popular software used in radio studios worldwide. From Adobe Audition to Pro Tools, Sony Vegas to Sonar, I have tried them all. And when it comes down to it, they all do the same thing. But a little over a year ago, I was convinced to try Reaper once again.
When I say “once again”, I think that deserves a little explanation. I first heard of Reaper in Ryan Drean’s “Producers” podcast when the guest was Ben Neidle. I thought the software looked appealing, and so I tried it. At that time, however, I was so set in my Adobe Audition workflow, that I took one day with it and decided not to bother with it. It wasn’t until about a year and a half ago, I was talking to Eddie Bower (former KDAY Los Angeles imaging director) to give Reaper another shot.
After a few weeks of constant tweaking, I finally decided that Reaper was the software for me. Once you dive into the amount of customizability, anything is possible. When the beta testing for V.4 was beginning, I decided to join the team and add my input as well. After nearly 9 months of development and testing, Reaper 4 has been released to the public.
The software, like many, is completely non-destructive. If you are a destructive editor, this will take some getting used to. But the lack of CPU usage makes this the most pain free way to enter into this world. I came from Adobe Audition 1.5. For every producer that uses it, that is a very destructive environment. In order to achieve many effects, you would apply it directly to the waveform, and then move it around in your multitrack accordingly. In Reaper, you add “on clip effects”. These are an incredible feature for me, as I am not tied to one effect (ie: filter, delay, reverb) per track. I can add the effect to individual clips, and the lack of CPU usage on Reaper’s end makes this very easy.
I have included some screenshots of Reaper’s environment. Keep in mind, that this is MY setup. The default install of Reaper is very different, but once you learn how to customize the interface, you can create the perfect DAW. I’ve also included my latest demo, with all production created in Reaper. I honestly believe that the Reaper environment is the “best of the best” of every audio software, and the customer support is incredible as well.
Of course, the price is great too. The lack of copy protection makes a test drive painless as well. You can download a trial version of the latest update at www.Reaper.fm. If you decide that the software fits your needs, you would want to purchase a license, and that is the next great feature many freelance producers will like. For commercial studios, the license is $225. In order to qualify for a discounted license ($60), you need to use Reaper for personal use, or receive less than $20,000.00 a year from your business you use Reaper for.
The latest edition of Reaper (v.4.01) is available now. If you have any questions directly, feel free to contact me gavanbruderer@gmail.com or check out the forums on the Reaper website. I have only covered very basic features, but I am always happy to answer any specific questions about Reaper and its environment. 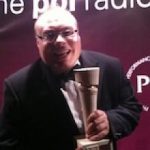 Thanks to Gavan for his article, screenshots and his demo.

Are you using Reaper? What do you think about it? Is it a good alternative to all the other DAWs? Tell us about your experiences with Reaper. Just comment or write a mail to blog@benztown.com

Ninjas create the most powerful NT Imaging or the legendary AM 560 - WIND!