Most of you guys still remember Brian Haddad a.k.a. “Sludge” and his attendance in Benztown’s first Iron Imager Contest. Sports Imaging always has been underrepresented here, so I am really happy Brian had a few minutes to answer my questions. Brian is currently the Creative Director/On-air host at CBS Radio’s Sportsradio WIP in Philadelphia. He has been a morning or afternoon drive host while also creating station imaging and commercial production for his stations, including legendary places like WRCX and WKQX Chicago, WLLZ Detroit, and KDKB Phoenix. As a freelance voice actor, you may have heard him in XBOX games “Saint’s Row” and “Project Gothan Racing II”, as well as commercials for Chrysler and Showcase Cinemas. You can contact him at:  http://www.facebook.com/sludgenation, http://www.twitter.com/sludgenation, or brian.haddad@cbsradio.com

Learn more about Brian’s work and get some tricks from the creative director at 94WIP, Philly’s Sports Radio.

Which production system do you use  and why?

Sony Vegas and Sound Forge on PC. I switched over from Pro Tools about 10 years ago, and haven’t looked back…I love ‘em! I’m aware that creative prod peeps spend more time with their software than their significant others (sarcasm), but comfort is key, and I was incredibly comfortable on Vegas and Sound Forge from the day my friend Brian Rhodes introduced them to me. I haven’t checked out every recent version of editing software, but it appears to me that whatever I can do in one step, it takes others 3 steps for the same move. They are fast, have tons of USEFUL features, they almost never crash, and best of all, relatively inexpensive. I think it’s perfect for radio and home studio production uses. Excellent for morning show’s putting together bits that have to be on the air in 5 minutes…same for production director’s promos!

What are your favorite plugIns (including screenshots)?

Besides various EQs, compressions, and reverbs, I seem to use WAVES MondoMod very often. Great vocal presets, especially mixed with various EQs. A plugin that I’m messing around a lot with lately is WAVES H-Delay. INCREDIBLY cool presets that you can play with for days! I usually put the WAVES Renaissance Compressor. “Loud and Proud” preset over final rendered pieces to balance everything out. 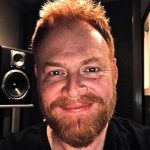 How do you schedule your work (priorities…..)?

There are certain things I have to voice and produce everyday.  This time of the year, it’s Phillies and Flyers promos. Everyday, there has to be some sort of update. When I come in, I check in with my PD, and see if anything has come up that needs to get done. I also check in with each personality as they come in, see if they have any ideas on bits for their show based on breaking sports news. I often just produce a bit for them, based on and idea that I have. Having been a morning host, I love that part of the job, and it’s an important part of imaging our sports station. We have tremendous personalities and attitude. I also brainstorm, often with my PD and OM, on future projects. I pretty much prioritize how everyone else does: by how urgent the imaging is. At a sports station…there are several “urgents” each day. Have to keep up or you’ll get buried!

What do you love about being the head of production @ 94WIP?

I love that WE are the personality the listener hears 24/7!  I love the impact you can have. One example is when Joe Paterno passed away. Myself and two of our personalities, Glen Macnow and Rob Charry, got together and voiced and produced a documentary about his life. They hosted a special, and played the doc in the show, and listeners called up to praise it, and how moved they were.

Another example turned into a station viral campaign. In the Flyers Stanley Cup game 3 against the Penguins, there were massive fights. Former Flyer player and current announcer Chris Therian’s commentary was brilliant. I made a promo with his take, mixed in with clips from the movie “Slap Shot”. Chris’ fans were hitting him up on Twitter saying they wanted an MP3 copy of the promo I made, which was running on the air. I posted it to Therian’s Twitter, and things went crazy! In an hour, it had almost 400 listens!!  (audio below). Perfect example of how much of an impact you can have!

What is the best protools or production trick anybody should know?

How do you get inspired and what do you use as source of creativity?

I get inspiration from so many areas. I had a vivid imagination as a kid, always pretending to be someone else, in far away lands…or galaxies! This has helped me in this career! I watch tons of vids on the web, and listen to all sorts of things like comedians and sketches and listen to podcasts… I enjoy fantasy-based movies and books… I’m also fortunate to have many creative friends. I’ve made promos based on phone conversations, or something that happened to a friend….or me! Inspiration is everywhere in your life…

Who were your radio production idols, who influenced your work as a producer?

When I was starting out at WIOT in Toledo, our production director Jeff Howe was a great influence. I’m not sure I’d call him an idol, but he showed me the ropes, and set the bar for working hard on a piece until you get it right. Later, I think everyone was influenced by what John Frost at KROQ was doing in the 90’s. That inspired me to get into beatmixing music over beats. When I was in Chicago, a guy named Ned Spindle was out of his mind, and got it on tape! We were co-creative directors at WRCX, and we were both on the air too. Truly the best environment ever as we tried to “out do” each other! Dave Richards was the mastermind behind the station, and made sure our production was the industry’s leading work. Finally, my friend Brian Rhodes, and production/voice over guy, is incredibly knowledgeable with computers, programs, and sound shaping. He is my number one source (sometimes to his dismay, “Brian…how do you do that?”)

What is the difference in imaging a sports station in techniques / schedule / sound compared to a chr / hotac / etc….what do you lik about it?

I have mostly worked in the Alternative and Rock world on the air and in production. I joined Sportsradio WIP in Philadelphia in January. I’m very fortunate to have an OM, Andy Bloom, and PD, Jeff Sottolano, that want my comedic ideas and style on a sports station. I always loved the passion and intensity in sports, since I played some too. You have to love sports. I’m trying to create passion in every piece, as Philly is THE most passionate sports town in the country. I’m also trying to produce things that have never been heard on a sports station. I’m thinking NFL Films on a case of Red Bull!

The other difference is the volume of production. If anyone is thinking of making the switch to sports, be ready for a massive amount of work, especially if the station carries the teams. I bet the quantity I’ve done in 4 months is more than most music formats have put out in a year. Be ready to be creative FAST, and stay ahead of the game! (no pun intended)

What would be your 3 key advices for a youngster?

–It’s IN the writing. BEFORE you start editing, write out your idea. I am guilty of going right to the editor and producing. But, every time I sit and write beforehand…it comes out more creative…and better!

–Be yourself. I have certainly been influenced by tons of people…still today. But, this is your chance to shine, and show people your skills and personality!  If you just copy others, you’ll never know what you COULD have done! Don’t be afraid to fail! (cue “Rocky” music….da da daaaaaaaaaa….)

Pure Emotion or what Imaging is all ABOUT