Behind the Mic: Doug MacAskill Doug MacAskill’s radio career spans 32 years. Based out of Boston, he’s been on stations all over the world and is available through CESD Talent Agency.

I have been on or still am on in Boston, San Antonio, Orlando, Phoenix, San Diego, Corpus Christi, Boise, Hartford, Canton, Modesto, Providence, Anchorage, Fairbanks, Milwaukee, Fargo, and many more.

I am presently Creative Services Director at Hot 96.9 in Boston, been there for about 8 years now, but I’ve been working out of my home studio for the past year with the Covid-19 pandemic going on.

The freedom it gives me to explore my creativity! The perks that come along with the job. The flexible hours. And all the great people I have met along the way.

It all started for me back in 1989 when I met John Garabedian who had a Nationally Syndicated show called Open House Party. I started out answering phones and gradually worked my way up to being Production Director. In the 5 years I was there I learned a lot from John, how radio worked, how to edit an interview, how to produce a radio program, amongst many other things. It was like radio boot camp. John was a hard guy to work for because he expected the best of you and nothing less. He was a genius and still is.

Then in 1994, I got hired as Creative Services Director at Jamn 94.5 in Boston, that’s where my VO career really started. I had always voiced commercials and never thought of myself as a “voice guy” till our afternoon drive guy “Kobe” told me I should make a demo and shop it to the agencies, so I did and received a call from Mark Guss from the William Morris Agency the next day. I was with William Morris for a few years but then I came across Nate Zeitz from CESD Talent Agency and immediately was impressed with him so I switched over to CESD. Nate is a great guy and I have now been with CESD for well over 10 years now.

Of course, I need to start with the legends Don LaFontaine and Ernie Anderson. Those guys revolutionized the VO industry. Then there’s Billy West and Seth Macfarlane, those guys are so versatile and creative. I must mention Chris Corley as well…man did he have great pipes! Then there’s someone local to me that I’m sure you’ve heard of  – Jeff Berlin. A great talent. He helped me out immensely when I was first getting started with advice and critique…Thanks, Jeff!

I’d probably be working in the trades. I was always good with my hands.

I don’t remember the first time, but I do remember at the beginning I was embarrassed because I thought I wasn’t good enough. Believe it or not, I still feel somewhat the same way today. I’m very critical of myself.

Well…since I started with reel to reel and razor blades, I’d say technology changed everything, and fast. I remember switching to the “DSE” (Digital Sound Editor) which evolved into the “Audicy” and I used that for years. I could play that thing like an instrument. Then, PCs took over and you know the rest.

I’m the most un-tech VO guy out there. Not to say I’m not knowledgeable about equipment, but I don’t get all hyped about the new gadgets and such. The stuff I use is old, but it sounds AWESOME!! 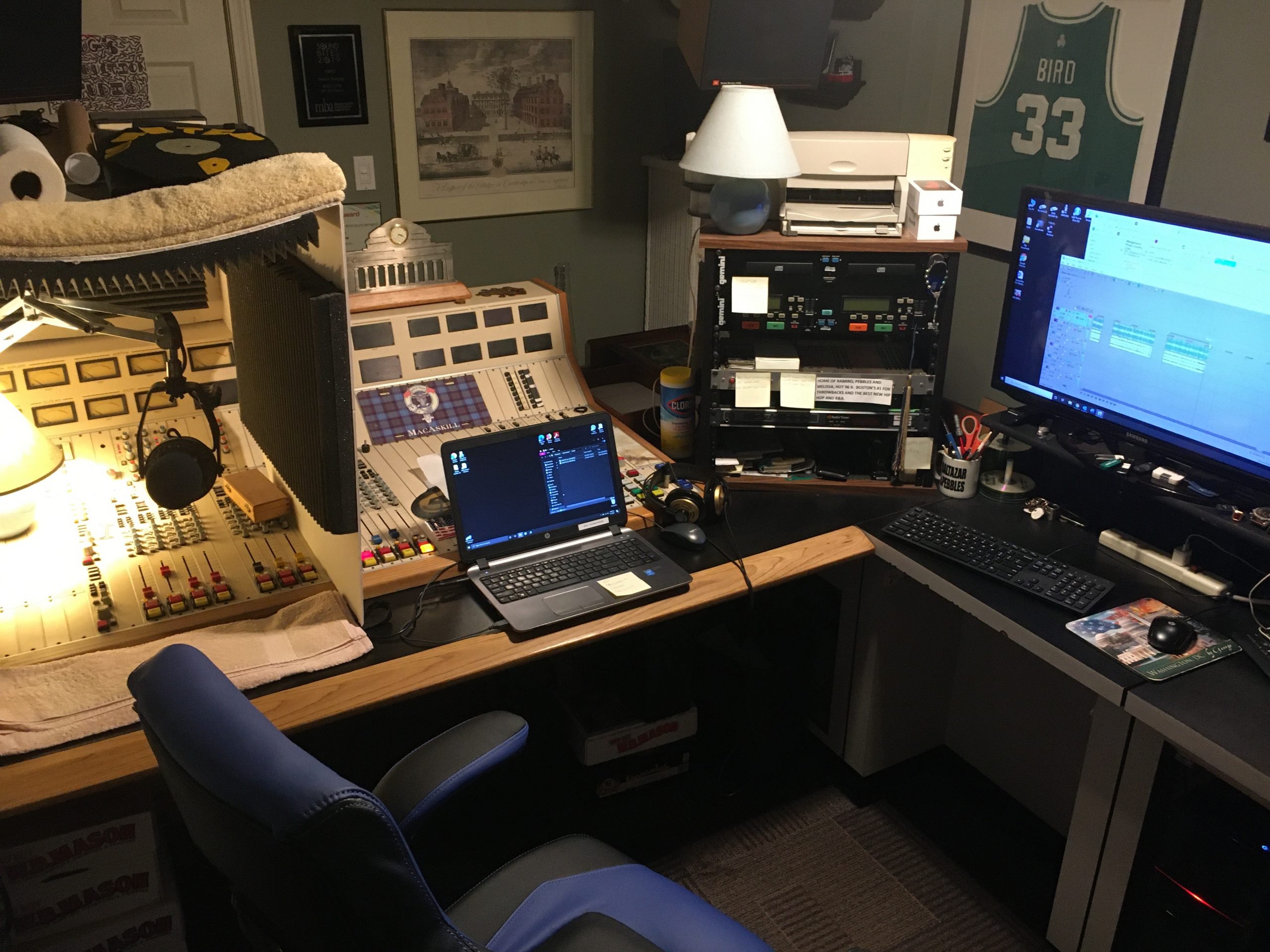 Like I said I’m old school. My board is a Pacific Recorder ABX26 and my mic is a Shure SM5B. Both are probably at least 35 years old but I guarantee you I have the best sounding studio in town. I record into Adobe Audition and do all my multitrack editing in Vegas.

I think you have to have a different approach with every piece of copy you read. It doesn’t matter if it’s radio or television. It’s all about the intent of what you’re trying to portray.

1. RUN!!! No, I’m kidding. The VO biz is harder and harder to break into – It seems everyone who has a computer and mic thinks there a voice guy/girl…so don’t give up!

2. RUN!!!! This time I’m not kidding – I don’t need any of you young whippersnappers trying to take my work!

3. But seriously – being great in the VO world cannot be taught. I believe it is something you’re born with and either you discover it or not – I’m sure there’s plenty of people out there who would dominate the VO world but never realize it. 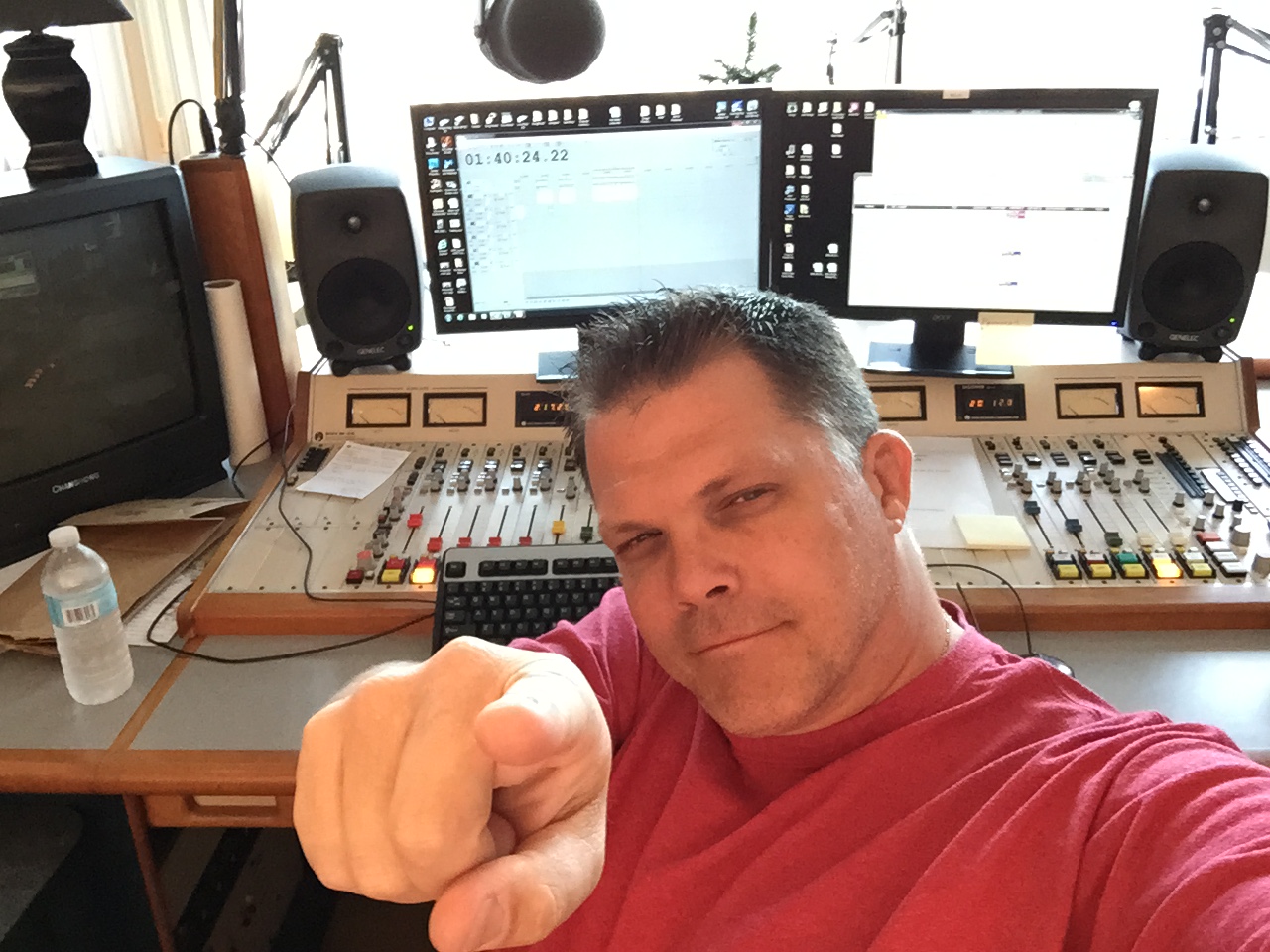 Doug wants YOU to take his advice. Or don’t…your loss…

I’d say the 1950s. It was post-war, the economy was booming, and it seemed like an interesting time in life!

Mushrooms and chicken – although any pizza will do…MMMMMMMM!!!!

George Washington – I’m somewhat of a history buff and I’d love to have a conversation with him.