Jez B or how to create the breakfast Imaging for…

Is there anybody getting up early? Anybody like that? Be honest….I am and mornings suck! Meet a guy who has to like mornings….

Jerimiah emailed me a few weeks ago and to be honest I had heard his name before…I remeber David Konsky talk about him. To give you some basic info: Jerimiah Businiak is the Breakfast imaging Director of one of my most favorite radio stations in the world – FOX FM in Melbourne. Daryl Mission has featured him a few times on his blog and I am happy, Jerimiah had some time to chat about breakfast Imaging and radio Imaging in general. Learn about his templates, his influencers, check his screen shots and listen to his awesome audio demo….Maybe you will also find out, why I hated to do mornings! (Respect Bro for getting up so early)

What kind of production system do you use?
I use a mix of ProTools HD9 and Adobe Audition. I use ProTools for building all promos/sweeps/TOH’s/etc, but I use Audition for editing all interviews/grabs etc for the show.

What is important imaging wise?
For The Matt & Jo Show, it’s important to know when to use restraint in your imaging, and alternatively when you can use all the bells and whistles you like. Content is king in my job, so if the content from the show I’m packaging only needs a simple themed bed to get help sell the message, then that’s all I’ll use. Of course if we’re having a hot singles party or something for the show that needs to sounds hot and funky, I’ll throw everything I’ve got at it!

What is your favourite techniques?
No matter what I do, and whether it’s beat-mixed or not, I love to make sure EVERYTHING in a promo make sense musically. That means I like the music to start and finish in a natural place, any sound effect/VO needs to be in tempo, and important moments in the promo need to happen on downbeats (the ‘one’ beat). For example with openers, I like the bit where the announcers start talking to always start on the downbeat. It’s such a simple thing, but when a promo is solid musically it just sounds so much tighter.

Is speed important? How do you get faster and faster?
Speed is DEFINITELY important when you’re working on a show. I start at 5am, the same time as the breaky guys, and I go to the show meeting where we discuss what they’ll need for the show. Some days they’ll just need grabs from TV shows, but other days they might want to build a comedy sketch, or they might need an opener for a new segment… so being able to turn that around quickly is important.

An easy way to get faster at imaging is to organize your toolkit, and know it like the back of your hand… so at a moment’s notice you’ll know where to find an instrumental of a song, a specific sound effect, a grab from a movie, whatever. Part of knowing your toolkit is knowing your FX really well too. For example if I’m building a comedy sketch and the guys want it to sound like they’re in a submarine… knowing what kind of processing I’ll need to achieve that quickly is important. And of course having quick fingers on ProTools helps!

Do you use templates/presets?
Because I often need to turn imaging around very quickly, I work out of the same template each week (and start a fresh one each Monday). It’s got everything I need. The template has a bunch of paired mono-tracks for music and SFX, three VO tracks with light compression for editing grabs from the show, and four VO tracks with heavy compression and varying EQ’s for promo voices. I send all the VO’s to one bus, and all the music/SFX to another so I can quickly change the mix on either one (before hitting the comp on the master fader). I have the standard reverb and delay sends setup as well.

What is your favourite plugins?
I really like MondoMod, it’s got some awesome features, especially if you use the ‘BPM’ function to match the session you’re working in (can make some awesome music edits with it). Same thing with SuperTap, if you set it to your sessions BPM it sounds super hot when all your echoes are in tempo. I also use a lot of RVerb, I find it the most natural sounding reverb, I use it to create big sounding snares a fair bit. And of course… who could live without Vari-Fi and Pitch N Time!

What is the most important skill to produce a successful morning show?
Being able to get out of bed veeerrryyy early is a big help, eh eh. But I’d say speed. Things can change very quickly during the show, and a lot of the time the guys will want to do spur of the moment stuff. So being able to think on your feet and not freak-out is pretty important! Also being an active contributor is key. Rather than sitting back and waiting for work to come in, I try to be involved as I can, like suggesting stuff the guys might want, helping out in planning meetings for the show etc.

What is different from traditional network imaging?
The main difference is I have a very narrow focus. Some imaging gigs have you looking after the whole station, but The Matt & Jo Show is the only thing I work on. I work 5am til 1pm, producing audio for the show, editing interviews for the guys, making promos to promote the show across the day, backing up all the audio from the show… it’s all about Matt & Jo, all day long!

What skill sets do young guys need to grow into a morning show production gig?
Be able to get up when the alarm clock goes off, and not hit snooze! Eh eh… but being able to crank out the same hot imaging you always have, in about a quarter of the time!

Do you write promos as well?
Yep I write a few promo’s each day, showcasing great content from that morning’s show. At 9:30am our super talented voiceover guy Benjamin Wasley comes in and reads them, then I crank them out! Between myself and Ben, we also write anything else we need for the show.

Who were your influences/idols?
Definitely the two guys who built the Fox FM/2Day FM imaging sound from scratch… Matt Nikolic & David Konsky. Those guys are the maddest choppers I know, and an inspiration to every image producer in Australia. It’s no coincidence that the two stations they image are both number one! Also, Brendan Tacey, Sideshow, and Darryl Missen are very respected dudes here!

More Background info:
Jerimiah Busniak is the Breakfast Image Producer for The Matt & Jo Show on Fox FM. It is Melbourne’s most successful FM breakfast show, with more than 30 consecutive ratings surveys at number one. Fox FM is also the number one FM station, and the most listened-to station in Australia with a cume of 1.2 million each week. Melbourne is an Australian city with a population of approximately 4.1 million people. Previous to this Jerimiah worked in the same role in Perth (another Australian city, population 1.6 million) on The Lisa, Baz & Sam Show. 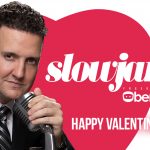 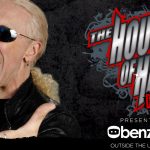 Need some atmosphere... or create your own Drones & Pads - Andre's Production Diary Part 34