Benztown Audio Tributes Honor Heroes and Victims of the 9/11 Terror Attacks on the U.S. 20 Years Ago 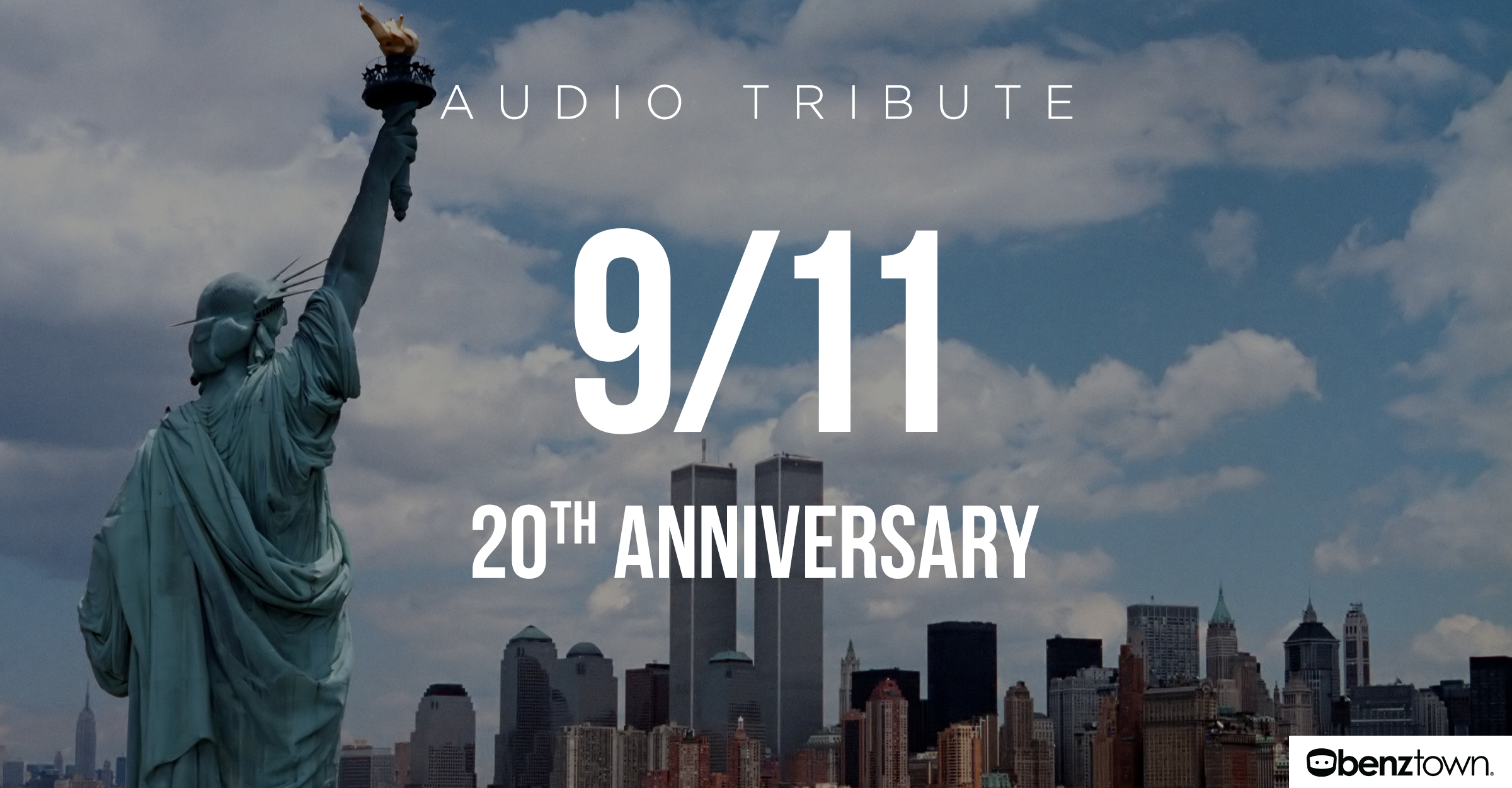 WHO: Benztown, a global leader in radio imaging, voiceover, programming, podcasting and jingles.

WHAT: Benztown has produced three radio promos that honor and remember those that lost their lives 20 years ago after four U.S. commercial airplanes bound for west coast destinations were hijacked by terrorists. A total of 2,977 people were killed in New York City, Washington, D.C. and outside of Shanksville, PA, on September 11, 2001.

The Benztown audio tributes marking the 20th anniversary of 9/11 are available now for free to radio stations of all formats and market sizes. The promos, entitled “America the Beautiful,” “Land of the Free,” and “Testimonials,” were written by Dave Savage and Bill Royal, produced by Scott Mayton, and voiced by Doug DeNance.

WHEN: The audio promos are available to stations now through Friday, September 10, 2021.

WHERE: Get the free promos marking the 20th anniversary of 9/11 at: https://soundcloud.com/benztownradio/sets/911-audio-tribute-20th-anniversary.