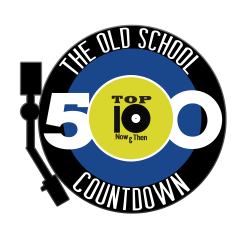 Benztown, a global leader in radio imaging, voiceover, programming, podcasting and jingles, announces that it will present The Old School 500, a year-end music countdown special created by nationally syndicated countdown show, Top 10 Now & Then, for Urban AC, Rhythmic Oldies, and Classic Hip Hop radio stations. The Old School 500 is a power-packed 45-hour countdown of the 500 greatest Old School hits, tabulated nationwide from Rhythmic Oldies and Adult Urban radio station playlists. The Old School 500 not only plays the hits, but tells the stories behind the hits, from the people who made the music, spotlighting 450 interviews in 45 hours of great radio. The destination listening event can slide easily into a station’s programming schedule with 14 minutes per hour for local spots and promos.

Masa Patterson, Vice President, Sales & Operations, Benztown, said: “Listeners will love this exciting year-end countdown special for all the reasons they love Top 10 Now & Then. The Old School 500 is a destination programming event for a holiday weekend and is perfect for the week between Christmas and New Year’s. Plus, you can run The Old School 500 countdown as many times as you’d like throughout the year. It’s a highly listenable and addictive musical treat for music fans who can’t get enough of the best Old School music, memories and fun!”

Top 10 Now & Then is a countdown show designed for America’s Urban Adult audiences and is nationally syndicated by Benztown. The program is directly aimed at the core Female 25-54 demo and is a proven ratings leader with appeal across Urban AC, Rhythmic Oldies, and Classic Hip Hop formats. Top 10 Now & Then is now heard in markets including San Diego, CA; Riverside, CA; Honolulu, HI; Oxnard/Ventura, CA; Pensacola, FL; and Palm Springs, CA, and streams from Los Angeles, CA; Atlanta, GA; Miami, FL; and Charlotte, NC. Top 10 Now & Then is hosted and written by award-winning radio personality and music executive Rick Nuhn, and is produced by Ron Shapiro, creative director, programmer, and producer, who brings over 25 years of experience in countdown shows and syndicated programming.