LOS ANGELES, CA – JUNE 20, 2022 – Benztown + McVay Media Podcast Networks announces that it has launched a new podcast today, Sound, Sobriety & Success, hosted by Matt Pinfield, renowned Rock journalist, national television and radio personality, and music executive. The former MTV host – currently heard on hundreds of radio stations across the country as host of Westwood One’s Rock radio show, “Flashback” – has been a fixture in the music scene for three decades and has been on the road to recovery along the way, with a little help from his friends. Vocal about his sobriety journey, Pinfield talks to people from all walks of life who have hit rock bottom and are finding their way back from addiction in this inspiring podcast. Kicking off the Sound, Sobriety & Success podcast are Pinfield’s guests Jeff Jampol, Dr. Drew Pinsky, and Shireen Janti, with upcoming episodes to feature Matt Sorum, drummer for Guns N’ Roses and Velvet Revolver, and sports agent Leigh Steinberg. 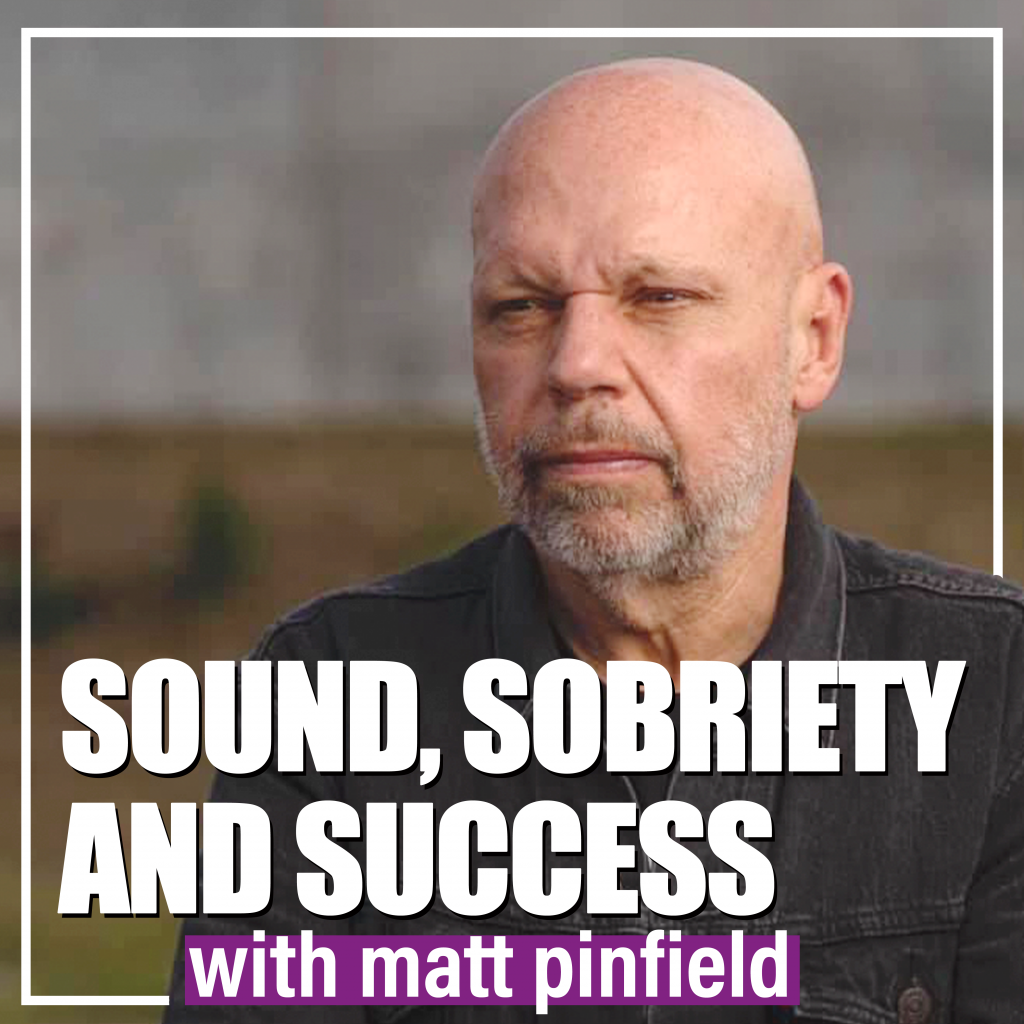 Matt Pinfield, Host of Sound, Sobriety & Success, said: “Living clean and sober is a beautiful gift for those of us who have struggled with addiction. Through this podcast, I am grateful to share the success stories of people in recovery to help others fight and understand their battles with alcoholism and addiction. I want to help people identify similarities in others’ stories to understand how they have successfully made their life changes.” He added: “This podcast is a natural for me, as I have been transparent about my own struggles and journey in recovery and how it has completely changed my life for the better. I think this podcast is a great way to be of service through storytelling – sharing the faith, strength and hope that many of my contemporaries and friends have experienced.”

Pinfield explained: “The success we are speaking to in Sound, Sobriety & Success is not financial, but success in living your life in a manner that moves you forward in a positive direction. It is important that we let people who are struggling know that they can do it and are not alone. Through the experiences of others, they can become their own architects in a new design for life – a life that is about progress, not perfection.”

Dave “Chachi” Denes, Producer and Co-Founder, Benztown + McVay Podcast Networks, commented: “The Sound, Sobriety & Success podcast is all about open and honest discussions about recovery and addiction, and offers raw and unfiltered information and insight, paired with deep empathy, compassion and support to anyone living with addiction and trying to turn their lives around. As producer of Matt’s successful Rock radio show, “Flashback”, nationally syndicated by Westwood One, we are proud to produce this inspiring new podcast that takes listeners on the journey to sobriety and brings light to a topic often cloaked in darkness.”

Jeff Jampol is a Grammy-winning and Emmy-nominated producer who serves as the CEO of JAM, Inc, managing well-known bands, artists, and their estates. Jampol is also a longtime outspoken advocate on the power of sobriety and has played an important part in Pinfield’s own recovery. They discuss their mutual love for rock music, advice for those who are seeking recovery, and the biggest misconceptions about addiction.

Dr. Drew Pinsky, known nationally as “Dr. Drew,” has been a ubiquitous fixture both on television and radio for the entirety of his multifaceted career. Passionate about treating addicts and helping them live sober lives, Dr. Drew was a vital part of the team that helped Matt Pinfield with his own recovery. Listen as longtime friends Matt and Dr. Drew delve into the myths and misunderstandings of addiction to erase the stigma behind it and shine a light on realistic paths to recovery.

Shireen Janti is the Senior Director of Mental Health & Addiction Services at MusiCares and helps to provide mental health and addiction recovery to music professionals. As a former addict who has long been in recovery, Shireen seeks to help others who are struggling and is an advocate for women who are stuck in unsafe or unhealthy situations. Matt speaks with Shireen about their shared love for the entertainment business, music, and giving back to those who are in need.

About Matt Pinfield
Matt Pinfield is an American television and radio host, disc jockey, and music executive. Starting in the early 1980s, he began working as both a radio and club DJ in the New Jersey alternative rock scene, working at WHTG-FM when the station first began broadcasting alternative rock in 1984. He later became music director at the station and won several awards before MTV hired him as a VJ to host their long-running late-night alternative music show in 1995. Pinfield went on to host a number of other shows on the MTV family of networks, including MTV, MTV2, and VH1. He later served as Vice President of A&R and Artist Development for Columbia Records from 2001 to 2006 and has since worked as a DJ, television, and radio host for a number of broadcast and satellite radio stations and television networks. Most recently, Matt was honored as Global Rock Summit’s International Rock Icon of the Year for his work across radio, TV, satellite/digital media, print, and various other pop-cultural platforms. After a career in which he has interviewed over 1000 artists including some of the most prominent names in alternative, rock and other music genres, from the likes of Nirvana, David Bowie, Paul McCartney, U2, Coldplay, Jay-Z, Pink Floyd, Aerosmith, Rolling Stones, and the Foo Fighters (to name just a few) he’s turning his focus towards people from all walks of life who have struggled with or helped others recover from addiction.