– The Backstreet Boys’ AJ McLean takes listeners on his journey from addiction to sobriety, including how getting sober helped him reach his full artistic potential

LOS ANGELES, CA – September 19, 2022 – Benztown + McVay Media Podcast Networks announces that it has released two special episodes of the Sound, Sobriety & Success podcast, hosted by Rock journalist and former MTV host Matt Pinfield, in recognition of Sobriety Awareness Month in September. The first of the two new episodes features AJ McLean, actor, dancer, and Grammy-winning singer of the Backstreet Boys, one of the most successful music groups in music history. McLean shares his journey from addiction to recovery, the highlights of performing, and how getting sober has improved his music and changed his perspective. Listen to the episode now at:
https://omny.fm/shows/sound-sobriety-and-success-with-matt-pinfield/sound-sobriety-and-success-aj-mclean.

In this episode, McLean talks to Pinfield about:

– How he got into dancing, acting, and singing from an early age, and his passion for performing

– What started his troubles with alcohol, how it progressed, and how he manages it now

– How music helped him reconnect with his father

And more, including his new single, “Smoke.”

In the second new episode of the Sound, Sobriety & Success podcast, Pinfield talks to Chrissy Metz, the Emmy and Golden Globe-nominated actress and singer known for her portrayal of Kate Pierce on NBC’s award-winning TV series This is Us. Metz shares what she learned from playing a mother addicted to opioids in the film “Stay Awake.” She also discusses her history of food issues, life lessons from her memoir, and starting her music career. Listen to the episode now at:
https://omny.fm/shows/sound-sobriety-and-success-with-matt-pinfield/chrissy-metz.

In this episode, Metz talks to Pinfield about:

– How she got into acting and the long road to stardom

– Her own struggles with food issues

– How she prepared for the role of Michelle, a mother struggling with opioid addiction, in the film “Stay Awake”

– How her work promotes approaching addicts with empathy and sympathy

– The importance of making people feel heard and valued, and how her acting, writing, and music help make people feel less alone

– And more, including her memoir, This is Me, which debuted at #1 on the New York Times Bestseller List.

Pinfield, a former MTV host currently heard on hundreds of radio stations across the country as host of Westwood One’s Rock radio show, “Flashback” – has been a fixture in the music scene for three decades and has been on the road to recovery along the way, with a little help from his friends. In his inspiring podcast Sound, Sobriety & Success, Pinfield is vocal about his sobriety journey, and talks to people from all walks of life who have hit rock bottom and are finding their way back from addiction.

If you or someone you know is struggling with addiction, MusiCares operates a Mental Health and Addiction Recovery Program that recognizes those issues unique to music professionals at any stage of their career, offering eligible individuals financial assistance and resources for psychotherapy, coaching, and psychiatric expenses, inpatient and outpatient treatment, detox and sober living costs.

You already know AJ McLean as 1/5 of the Backstreet Boys, one of the most successful groups in music history. With countless #1s, record-setting tours, numerous awards, and worldwide sales in excess of 130 million, the Backstreet Boys have been recognized as the best-selling boy band in history. A multiple award-winning and Grammy-nominated performer, AJ has delivered the finest pop music one has to offer – tightly crafted songs, floor-shaking rhythms, and unmistakable harmonies – making him one of pop’s most influential performers. 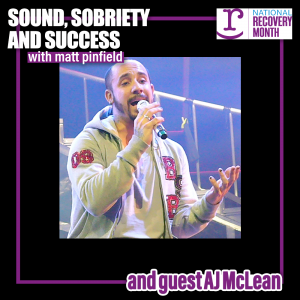 About Chrissy Metz
Emmy and two-time Golden Globe nominee Chrissy Metz stars on the award-winning NBC series “This Is Us,” winner of the 2018 and 2019 SAG Award for Outstanding Performance by an Ensemble in a Drama Series and People’s Choice Award for “Favorite New TV Drama.” Chrissy recently starred as Michelle in the film STAY AWAKE. Chrissy is currently working on her debut country album. Chrissy recently released her memoir, THIS IS ME, which debuted at #1 on the NY Times Bestseller List. People magazine named her to the “Ones to Watch” and “50 Most Beautiful.” 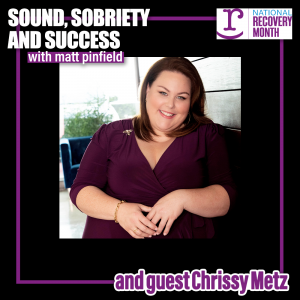 Matt Pinfield is an American television and radio host, disc jockey, and music executive. Starting in the early 1980s, he began working as both a radio and club DJ in the New Jersey alternative rock scene, working at WHTG-FM when the station first began broadcasting alternative rock in 1984. He later became music director at the station and won several awards before MTV hired him as a VJ to host their long-running late-night alternative music show in 1995. Pinfield went on to host a number of other shows on the MTV family of networks, including MTV, MTV2, and VH1. He later served as Vice President of A&R and Artist Development for Columbia Records from 2001 to 2006 and has since worked as a DJ, television, and radio host for a number of broadcast and satellite radio stations and television networks. Most recently, Matt was honored as Global Rock Summit’s International Rock Icon of the Year for his work across radio, TV, satellite/digital media, print, and various other pop-cultural platforms. After a career in which he has interviewed over 1000 artists including some of the most prominent names in alternative, rock and other music genres, from the likes of Nirvana, David Bowie, Paul McCartney, U2, Coldplay, Jay-Z, Pink Floyd, Aerosmith, Rolling Stones, and the Foo Fighters (to name just a few) he’s turning his focus towards people from all walks of life who have struggled with or helped others recover from addiction. 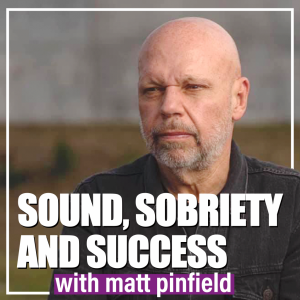